There’s a new flick riding into town next week entitled The Lincoln Lawyer:

I didn't get the name 'til seeing the poster. Thanks, Poster.

It’s based on a book (Hey Poster, now that we’re buddies, you got my back on this one, right?  Cool…), and if I learned anything in all my years as a writer is you need to make your characters’ names unique.  They need to stand apart from each other.

(SIDENOTE: Yes, I am an as-yet-unpublished writer, aside from this blog.  The reason I’m not published isn’t because I haven’t finishing anything I’m completely happy with yet…  It’s because I have authoritis.

For example, use names like Mickey, Ted, and Louis.  As a reader, these names can’t be quickly mixed up.

So it’s left me wondering why in the backseat of a Lincoln would the film’s producers cast three (sandy) blonde-haired, blue-eyed guys that look very similar in the same movie? You get not only Matther McConaughey as Mickey, but Josh Lucas as Ted, and Ryan Phillippe as Louis:

The only actor missing is this guy: 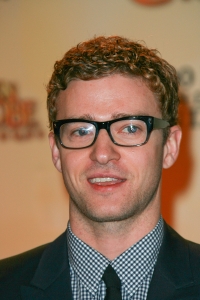 He's been voted, "Most Likely to Have You Naked by the End of a Song."

Because The Lincoln Lawyer already has this guy: