For these characters in TV and film, water is only wet.  Lame opening?  Waterever.

Here are A Handful Of characters that fear H2O. 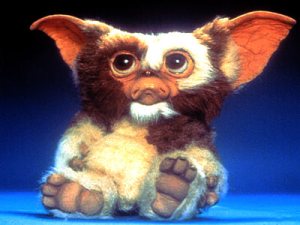 Yes, I've used that joke before.

I wonder if Glenda the Good Witch could get wet.  Maybe that came out wrong.  That was still a bad choice of words… 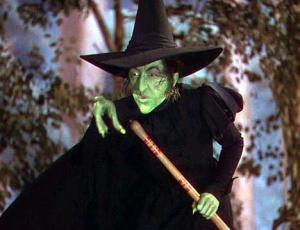 Water would only turn this Peanuts character into Muddy.

The Muddy pun would have went better if his name was Dusty.

When you’re an alien that has acid blood, you avoid getting open wounds around water. 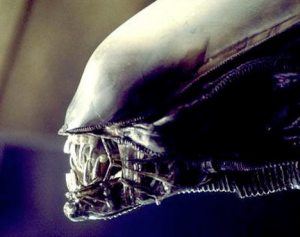 When you’re an alien that’s skin is so sensitive to water that it’s like acid, you avoid planets and creatures composed mostly of water.  Or so you’d think… 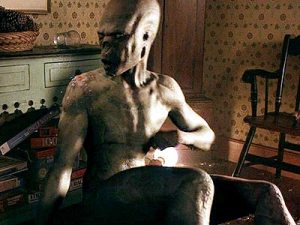 Maybe he didn’t fear water so much before… you know… 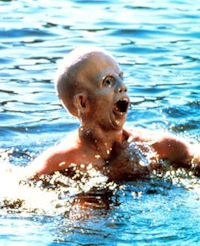 Apes, for some reason, are deathly afraid of water, because in all their evolving they have never learned to swim. In fact, they are so afraid of water that when Mark Wahlberg is running away from them, across a river, he is literally only a few steps into the water when the apes stop pursuing them. The idea seems to be that they are afraid of drowning, but apparently they are afraid of getting wet at all. Ummm… okay. 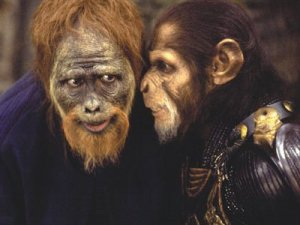 "Orangutan I didn't say banana? Get it?"

I guess there’s a bunch of debating about the portrayal of these characters in the Lord of the Ring films, but by my summation, they’re afraid of water.  It’s an elemental thing. 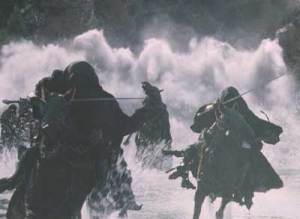 "It's also a horse-shaped tidal wave drowning us thing..."

This video will prove it once and for all: