Over this weekend, I cleared my scalp and kept my full beard.  These are the select few I’ve been told I resemble, or that I instantly considered my dopplegangers.

To my sister, I took upon the visage of poet Shel Silverstein:

He looks like someone you wouldn't want to meet "Where the Sidewalk Ends"...

To my other sister, Jeff Bridges in his Iron Man baddie-mode, Obadiah Stane:

Can you trust this man? Of course!

To my boss/friend Paul, I became Wooly Willy:

Once upon a time, shredded bits of iron and a magnetic stick was considered fun.

To me, it’s a toss up between these two cartoon characters:

ADDENDUM: Speaking of “D’oh!” I forgot to mention that this Matthew McConaughey movie was on TV the day I decided to Bic my noggin: 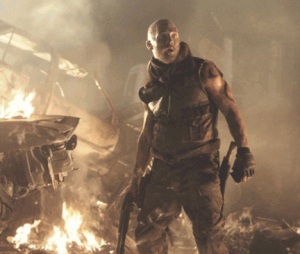 Van Zan from "Reign of Fire"