In a quest to find the greatest foursome composed of members from many foursomes, here’s the appropriately titled second bracket, Second Bananas.  These are the guys and the gals that make the Head Honchos look like head honchos.  If it was in their nature, they’d be at the top… but they don’t feel like it.

Stayed tuned for the Round Outs and Wild Cards brackets. 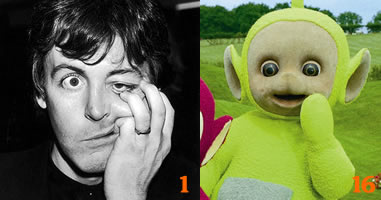 (The rest are after the jump) END_OF_DOCUMENT_TOKEN_TO_BE_REPLACED

I’ve wanted to do an Awesome Battle involving the greatest foursomes in pop culture four some time now.

The foursomes I’ve selected to focus on:

And since we’re in the midst of March Madness, I though what could be better than creating a bracket four finding the best of the best in each of these groups, and make the BEST FOURSOME EVER!

Each Sunday Whenever I get around to it, I’ll post the previous round’s results and the next bracket edition.  To begin, here are the Head Honchos.  Following this will be the Second Bananas, then the Round Outs, and finally the Wild Cards.  Vote as often as you can from any computer you can get to, and tell your friends.  (Please!)

The more votes I get, the more accurate the Final Foursome’s quality will be. 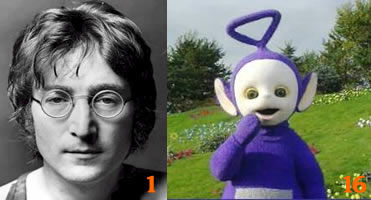 (The rest are after the jump) END_OF_DOCUMENT_TOKEN_TO_BE_REPLACED