I’ve noticed a trend in sequels to popular films, and it’s one that I consider an exercise in lazy screenwriting.  Heh… exercise… lazy…

Anywheredidshego, where did she go?  To me, the writers couldn’t develop the characters’ relationships further, so they broke them in order to fix them again, to varying degrees of suck-cess.

Actually, I’m going to carry on with my Night at the Museum tirade.  It’s not like he’s Austin Powers or James Bond, picking up new ladies every flick…

Actually again, James Bond has loved Vesper Lynd for two movies so far.  One can imagine that every woman he bangs from here on out would be in an attempt to mask his pain of loving her too much.  He probably would still be with her if she didn’t, you know, die.

So in closing, writers do yourself a favor and imitate the always excellent Transformers series – instead of blowing the relationship up, blow shit up! 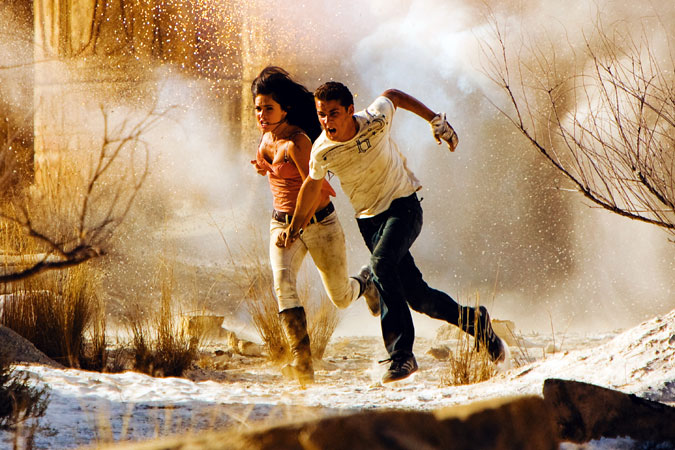 This scene could be from either movie.