This has been something I’ve been meaning to transcribe for a while now, and even by doing so, rage has bubbled up from the depths of my… say, what’s it called if you don’t have a soul?

Anyemptyvessel, this is my Scale of Fury.  It’s a series of missteps in pop culture that shake me to my core me, ranked on a scale from 1 to 10.  1 equals “infuriating” and 10 equals “someone must die.”

1) Invention of the word Squeakquel

This filmed monstrosity should not have occurred once, let alone twice.  It’s already cloying enough without an unnecessary pun.  Much like my pun above.

Not too long ago, and not very far away, I would have ranked Jake, Hayden, Jar Jar, and Ani much higher on my Scale of Fury.  But a few factors have changed that.  One – The Clone Wars cartoon series is really good.  Two – there’s a lot more crap out there that pisses me off more.

3) No guns in E.T.: The Extra-Terrestrial

Steven Spielberg needs to make some new friends.  George Lucas no doubt inspired Spielberg to go back and tinker with (and tinkle on) his classic 80’s family film.  Why remove the guns?  That’s how we knew the bad guys were bad guys.  Sure, they were aiming them at little kids, but we knew they weren’t going to use them.  Just like it was with the Russians and their nukes…

Where to begin with these nut shots?  Jabba the Shitty CGI.  Young Anakin’s Jedi Spirit.  The replaced musical numbers.  This:

It could be higher up on the list, but it did get three (2.75) full seasons.  Was it Fox’s fault for shitty scheduling?  Or is America primarily full of According to Jim fans?  I think the questions answer each other.

I hope Sam Raimi had a better plan for what could have been the best Spider-Man film of them all.  Instead, we got Sandman, a rushed Harry Osborne vengeance/rebirth subplot, a wasted Eddie Brock/Venom, and this:

You can blame this one on me as much as everyone else.  I kept hearing all the rave reviews about this show while it was shortly on the air, and I never watched.  Could just one person have made a difference?  If that one person was me, then yes.

I wanted earth, wind, water, and fire from this remake of the incredible Nickelodeon show, and all I got was fart noises.  Must. Repress. My. Diatribe.  (More on my thoughts on M. Night Shyamalan) 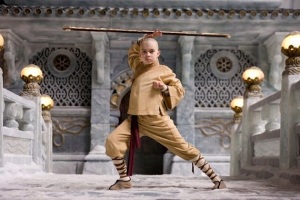 9) Indiana Jones and the Give Me a Fucking Break

Again, the Spielberg with the Lucas.  To distract myself: anyone else ever notice ol’ Steven’s initials are “S.S.“?  Ironic, no?  (More of my thoughts on Kingdom of the Crystal Skull) 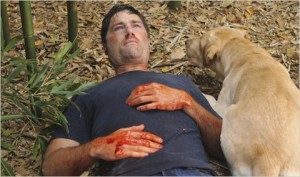