My friends have a friend that lives in a world the likes of which none of us has ever seen.

In this world, she looks like Drew Barrymore (she does not), I look like Christian Slater (I do not), and everyone around her is lucky to be around her.

Why this diatribe now when I’ve despised her for so long?  Because she may have cost my Trivia Team instant entry into our seasonal tournament.  (More on that nerdery to follow.)

There’s a things about Jerkica you need to know (I disguised her name for her protection, although she might still find this post flattering).  My last extended encounter with her occurred at her wedding.  These are some highlights:

Deep breaths and relax.  Simply put – I can’t stand her.  I’ve been happy to not hear or see from her in a very long time.  It’s not that she has ever done anything directly to me; it’s what she’s said and done to my friends.  But now she’s broken that fourth wall.  She stopped by my friends’ house and prevented them from going to trivia, thus hindering them from getting precious points we need to secure our spot in the tournament.

I’d still dry-hump the hell out of her though.

With these glasses, the economy is looking up!

(More people I’ve been told I look like after the jump.)

END_OF_DOCUMENT_TOKEN_TO_BE_REPLACED

This is a list I have been meaning to make for a while.  Presenting Six Reasons Why Canada Rocks!  (Plus Three Honorable Mentions)

Sarah Chalke (Ottawa, Ontario) – From playing second Becky in “Roseanne” to second fiddle behind JD and Turk’s bromance in “Scrubs,” Ms. Chalke has always held her own against giant personalities and crazy sitcom-uations.  She has a way of pulling off clumsy and sexy in one fell swoop.

Evangeline Lilly (Fort Saskatchewan, Alberta) – I’d like to believe she’s possibly one of the best actresses on this list.  Aside from her Live Links ad, all I have to judge her skills on is “Lost.”  Her character, Kate, is damaged yet strong, worried yet brave, a dreamer yet a realist.  And Evie sells it – hook, line, and underground bunker.

Elisha Cuthbert (Calgary, Alberta) – Where in the world has Elisha been?  Since “24,” a minor role in “Old School,” and “The Girl Next Door” (which was awesome BTW), she’s been in schlock like “House of Wax,” “The Quiet,” and “Captivity.”  She returns for Season 7 of “24.”  Hopefully better roles will follow.  (BONUS: check out her appearance on “Tim and Eric Awesome Show, Great Job!“)

Erica Durance (Calgary, Alberta) – Possibly the girl next door to Elisha over in Calgary (I’m imagining Erica was her babysitter), Erica came to my attention when she began her role as Lois Lane in “Smallville.”  Smart, tough, and a looker enough to make Superman forget his childhood sweetheart (see below).  All I know is she can be my Kryptonite any time she likes.  (Also, she makes a more believable Lois than Kate Bosworth did in “Superman Returns.”  Sorry, Kate!) 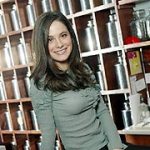 Caroline Dhavernas (Montreal, Quebec) – Caroline is definitely the dark horse on this list, and that’s mostly because of one thing – not many people know who she is.  Though most of her work is in French Canadian film, I began to appreciate Caroline (pronounced Caro-lean) for her role as Jaye in the underviewed and wonderful, “Wonderfalls” (another of Bryan Fuller’s cancelled projects, along with “Pushing Daisies” and “Dead Like Me”).  She was also in the American films “Breach” and “Hollywoodland,” but I’ve yet to see those movies.

Rachel McAdams (London, Ontario) – I fell for Rachel not in “Mean Girls,” not in “Hot Chick,” but in “The Notebook.”  Damn that movie.  One night playing goal in my soccer game, I threw out my back and made the mistake (or divine choice) of putting “The Notebook” in my DVD player before I passed out.  The next day I awakened to realize I couldn’t move, and no one could help me until way later that day, so I was stuck watching “The Notebook” back-to-back-to-back (Ow, my back!)  Looking forward to seeing her in Guy Ritchie’s “Sherlock Holmes” with Robert Downey, Jr!

Kristin Kreuk (Vancouver, British Columbia) – From Lana Lang in “Smallville” to Chun-Li in the upcoming “Street Fighter” movie, she’s a small-town cutie that grew into a big city cutie.

Pamela Anderson (Ladysmith, British Columbia) – Any list like this has to include the most infamous hot Canadian bacon.  Although I was more fond of her in her “Home Improvement” days.  (A Detroit shout-out to Tim Allen!)