Ever hear about fortress games?  Me neither.  But my friend Jay has recently become obsessed with them.  Our other friend has mocked him for purchasing so many different versions of the same game, but it should be noted that he owns dozens of first person shooters.  Touché.  (Or more appropriately, too lame.)

Any360, apparently I was familiar with fortress games, and in fact owned one myself: 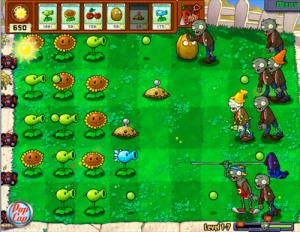 Plants Vs. Zombies - A Battle for My Heart

It’s a fun game.  And a time drainer.  The concept is simple – build up your fortress to defend against invaders.  In the case of Plants Vs. Zombies, you plant vegetation to battle the living dead approaching your home.

Well prior to realizing what a fortress game was, I had Jay explain them to me.  He told me it was a single-player game, and I told him it’d be better as a multi-player.  Then voilá!  That should be a game!

A game where you get to be both the plants AND the zombies!  Each player would setup their zombie line of attack prior to beginning, and then as the war waged on, you’d arrange your plants!  For example.  Obviously it could be anything in the _____ vs. _____ situation.

Is any of that answer in English?

Yes, the site would be based on the above question:

I mentioned this idea at a Detroit Tiger’s game (hence the reason for the other mindedness), and a woman seated next to me that was attractive also liked the idea.

How awesome would it be if baseball bats exploded after every hit? 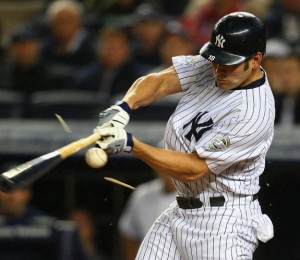