It’s an end-of-the-year-decade evaluation of the year decade that’s come before.  Long story short – there was nothing new.

The only things left to hit the mainstream were the very things that were once thought taboo, which explains Jenna Jameson’s widespread fame (no pun intended), the common knowledge of cougars and MILF‘s, and the over-sexualization of the underaged (i.e. countdown-to-age-eighteen clocks for the Olson Twins, Hayden Panettiere, Miley Cyrus, etc). 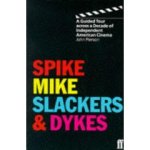 Gone are the days of truly independent filmmaking.  (And BTW, I didn’t ask for 3D films to be brought back.)  Hip-hop and rap break down barriers no more.  Television turned game shows into reality programming, but did little else except compartmentalize audiences between channels.  Everything has become corporatized to the point of homogenization.

“So what have the Aughts wrought us?”

Outside of the birth of a new medium boom of the Internet (known as the ol’ TripleDoubleU ’round hyeh), and the boon that was social networking (YouTube, Facebook, Friendster, et. al.), the web just offers another outlet for pre-existing formats.

So what rose from the ashes of the Y2K bug?  One thing…

Although it technically was first heard in 1998, when Cher’s Believe* was torturing me via my alarm clock, while my face was smeared in a puddle of chunky pink Marguerita upchuck on my tiled bathroom floor (true story), it wasn’t until this decade that it took a foothold on almost everything on pop radio (list here).

She suffers from a rare case of "moonstruck."

From Faith Hill’s The Way You Love Me in 2000 all the way up to (though not including) Jay Z’s D.O.A. (Death of Auto-Tune), the 00’s could be remembered as the Aughto-Tune Decade (clever!), although outta-tune, auto-crooner Kanye West would probably like to think the decade belonged solely to him.

She suffers from a lack of attention.

My Prediction for the 10’s
Since Lady Gaga is the Cher of now, and IMHO she’s actually quite talented… and not to say Cher wasn’t talented… I guess what I’m saying is… keep an eye on her.  She might set the next trend.  Or not.  Who do I look like, Phil Spector?  (Don’t answer that.)

(SIDENOTE: I’m secretly rooting for Taylor Swift and her aw-shucksness to put the societal downward spiral on hold.)

*Another early auto-tuner was Kid Rock’s Only God Knows Why (1998).  And it’s true – only God knows why Kid Rock hooked up with Pamela Anderson after finding out she had Hepatitis C.  Perhaps he confused it with the vitamin…