Recently, on the Hub or some channel like that, I happened to catch back-to-back episodes of both shows, and I’ve already decided that there is a clear winner in the Awesome Battle between He-Man and the Masters of the Universe and She-Ra: The Princess of Power.  This post will illustrate my process.

Each of these are classics in their own right, but one stands out as a more advanced arrangement.  One could even imagine its back beat being lifted for an artist such as Nicki Minaj:

Let’s take a look at She-Ra’s enemies – The Evil Horde, lead by Hordak:

They were so bad-ass, they didn’t even sell them as part of the She-Ra toyline.

Sexual overtones are in all cartoons… especially in ones that focus on physique.  So in He-Man, you have Prince Adam who dresses like this:

And this is him as He-Man with his merry crew: 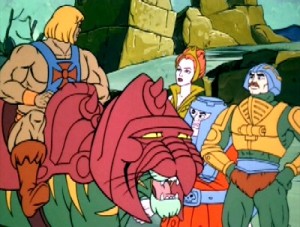 Despite furry loin clothes and boots, plus Ram Man’s skirt, this is a bit better. 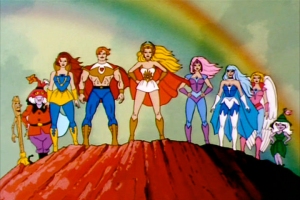 Even if you excuse the rainbow for the times, on the episode of She-Ra that I watched, at the start of the show, she emerged from one of the other ladies’ tents after spending the night.  Remember, this is pre-Brokeback Mountain, too, but mixed messages are mixed messages for a reason.

WINNER: TIE WITH SLIGHT EDGE TO SHE-RA (NOT TO BE INSENSITIVE, BUT I’LL CHOOSE LESBIANS EVERY TIME)

On MOTU, you have Orko: 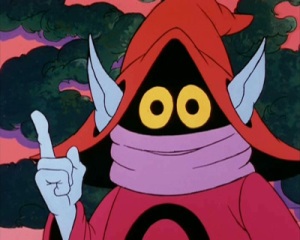 “Here’s today’s lesson… if you try to be funny, you’re probably not…”

On POP, you have Madame Razz: 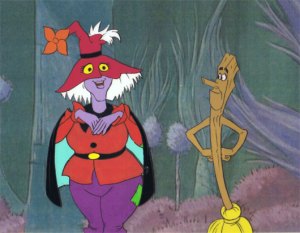 WINNER: TIE… NEITHER ARE THAT FUNNY

Here are some weird things on He-Man:

They fight by shoving, not punching. 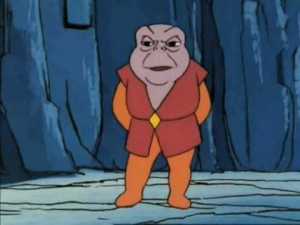 A dragon wearing a horned helmet?

This takes the cake.

No weird pictures for She-Ra because all that shit’s acceptable.

In every episode of She-Ra, you had to watch extra hard to find Loo-Kee hidden somewhere in a scene: 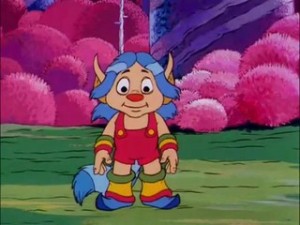 He hid better than this.

The only thing hiding in episodes of He-Man was common sense. 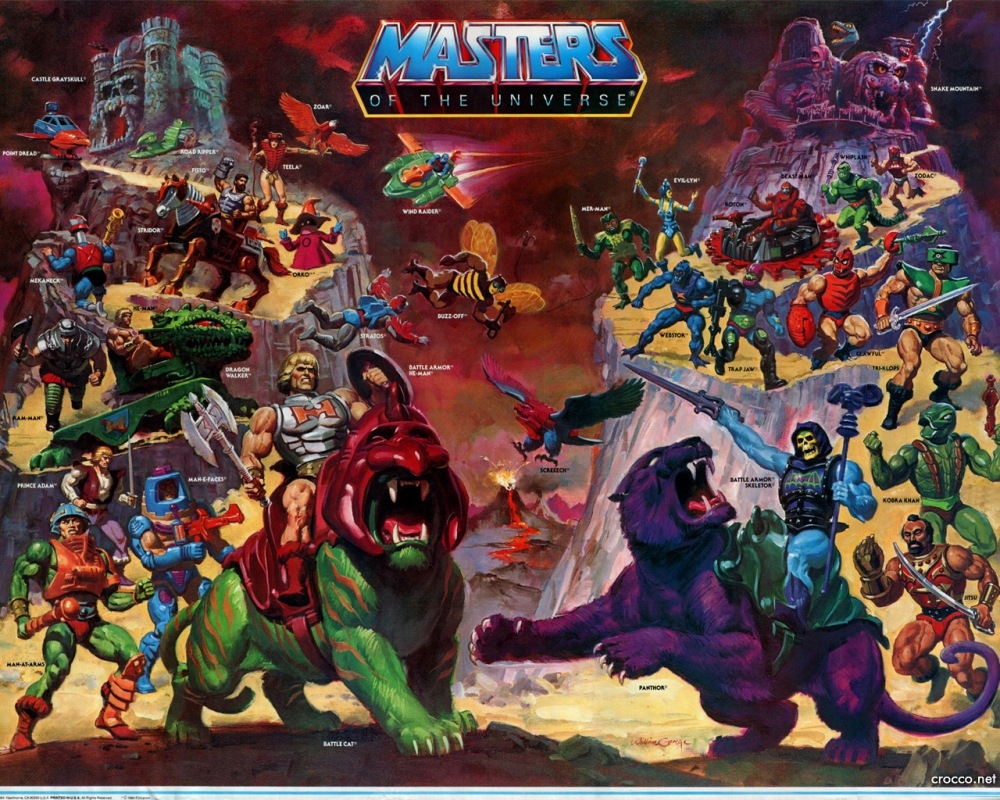