Hipster is a dirty word

I’ll be the first to admit that I don’t get what being a hipster really is.  That having been said, I’m going to extrapolate their reactions to a current trend I see.

To begin, let’s imagine that Rivers Cuomo of Weezer is Patient Zero in this analysis.  When Weezer hit the mainstream with Undone (The Sweater Song), people noticed because it had a distinctive voice and sound.  Their follow-up, Buddy Holly, was much more accessible and — normal.

So here are some newer artists with their first releases and their follow-ups, and we’ll gauge the responses from hipsters.

"Have you seen my friend? He's around here somewhere." 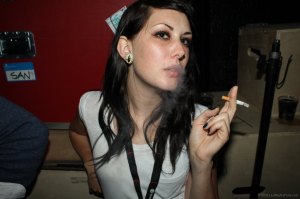 I’ve been putting off writing this Drunken Recollection for a while now because I felt like it would be too much work.  Then I realized I could make this as difficult as I wanted to, and here we go.

While out drinking with some friends upon seeing The Hunger Games (still in theaters), one of my friends exclaimed:

You know, Jennifer Lawrence kind of looks like Olivia Munn.

Okay, so he didn’t quite exclaim it, but because it shocked me, it felt like he did.  For those of you unaware of either of those ladies, here’s a refresher:

Despite the obvious differences of hair and eye color, skin tone, noses, and lips, they both have:

I still don’t exactly see it though.  Perhaps if they’re both in costume:

Katniss Everdeen, meet Slave Leia... I'm sure you'll both have so much to talk about

CONCLUSION #2: My friend is an idiot.

In my newly rediscovered appreciation for all things Kelly Preston, I was disappointed to realize what prudes we’ve become.

For the DVD cover of her classic (?) film, Mischief, there’s been some hanky-panky:

This image has been burned in my brain for so long.

There’s something missing.  Something’s Photoshopped out of it, right?  Let’s go to the poster:

I will never forget my first time... seeing this.

What?!  Surely, this original poster hasn’t been Photoshopped… let’s check another: 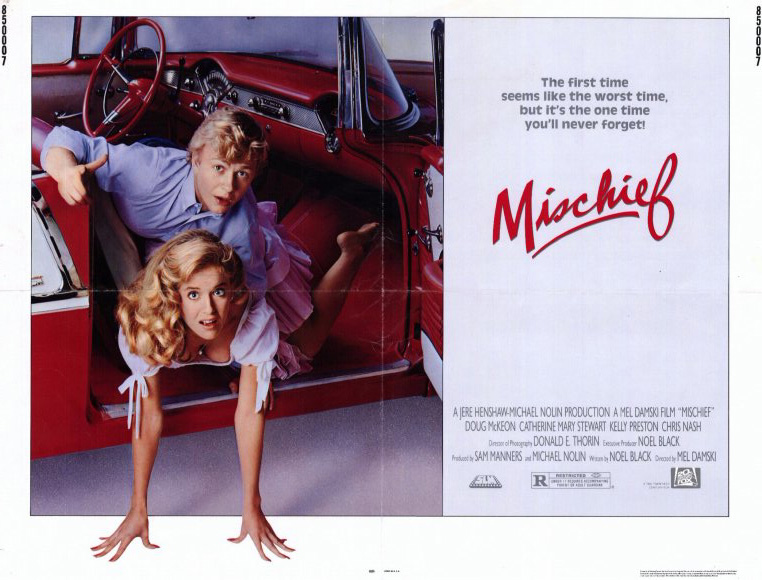 Okay, I must be crazy.  Because the way I remember this, his hand wasn’t pulling a Shooter McGavin… he was holding onto something… 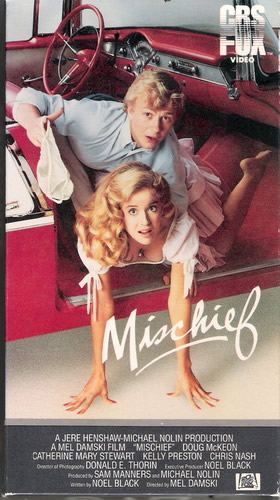 Does this title scream western sci-fi space romp or what?

Joss Whedon is about to hit the proverbial big-time very soon.  Fans that know him already love him and probably consider him “big-time”, but I’m talking about the next level shit here.

Much like how Jon Favreau was merely that guy who was in that cool indie Rat Pack-era inspired 90’s film (that he wrote) alongside Vince Vaughn, Favreau was not a name the masses knew until a little flick called Iron Man.

With The Avengers, the masses will now know Whedon.  And if they don’t, they should.

That having been said:

What the fuck was he thinking when he named his best television show to date Firefly?

If you don’t know the show, you should be ashamed of yourself.  It’s the one-season wonder that was so beloved, it got a theatrical follow-up, Serenity… which is also a sucky name.  Firefly is the class of ship and Serenity is its name.

This is tantamount to calling a Star Wars TV show, Corellian Freighter, and the movie based on it, Millenium Falcon.  (Okay, the movie title kind of works.)

If Firefly had a different show title, would it have lasted?  All I can say is it would have stood out more.  (When I originally heard of the show, I heard “from the creator of Buffy, comes Firefly“… needless to say, I didn’t watch it in its original run.)

Here are my alternate suggestions for Firefly/Serenity:

So why did Whedon go with Firefly?

Whedon wanted to give the show a name that indicated movement and power, and felt that “Firefly” had both.  This powerful word’s relatively insignificant meaning, Whedon felt, added to its allure.  He eventually wound up creating the ship in the image of a firefly. (via)

You may already be in luck.  One of these is currently available for viewing on Netflix.  Remember… if you don’t have Netflix, you got Netdix™.  That’s their new slogan.

Anyhulu, on with this Unofficial Trilogy of Movies You Will Likely Never See.

In the 80’s, I  was a Touchstone Pictures junkie.  (They were Disney’s adult-fare division).  Anything they released, I would eventually see on VHS.  Most were enjoyable, some were forgettable, and films like this one are long-lost.  (Click the Touchstone link to see an impressive list of hits.)

Tough Guys is basically about two old (tough) guys that finally get released from prison and “will they or won’t they?” integrate into the modern world.  Imagine if Brooks Hatlen, the old librarian with the bird in Shawshank Redemption, did the opposite of what he did… that’s this movie.

This film is where John Travolta found his true love, the exquisite Kelly Preston.  Upon seeing this film again on Netflix (damn there goes the secret), my old-school crush on one of the most beautiful women to ever exist was reignited.

Essentially, the USSR has built a dummy American town that’s styled like the 1950’s.  So they bring in Travolta and Arye Gross (remember him on Ellen?) to build a nightclub and unknowingly teach the spies how to live in the (then) present.  It’s dumb, but it’s fun.

Hollywood Pictures was another off-shoot from Disney, but it was nowhere near as successful as Touchstone.  Nonetheless, I still sought their films out, and this was their third release (Arachnophobia was their first).

This picture was made after Patrick Dempsey learned you could in fact buy love (that was the lesson, right?), but long before he was McDreamy, Dreamy King, or even Dreamy Castle.  And again, here we have my dear, sweet Kelly Preston co-starring.  In a word, this movie is about what the title is.  Not as in a marathon, but as in for your life. 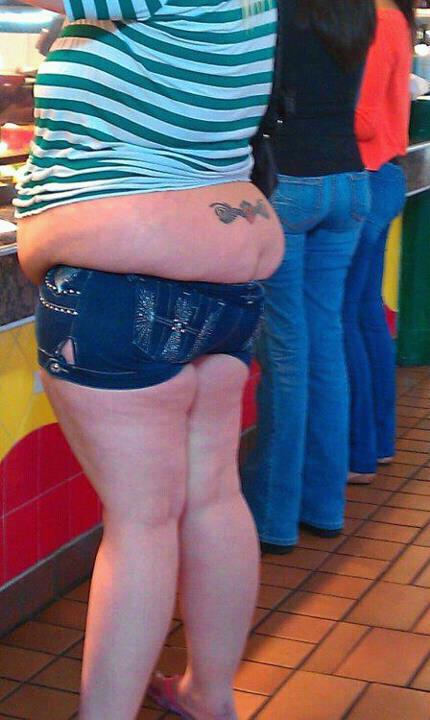 Hey Marshmallow Treats, what do you think about that? 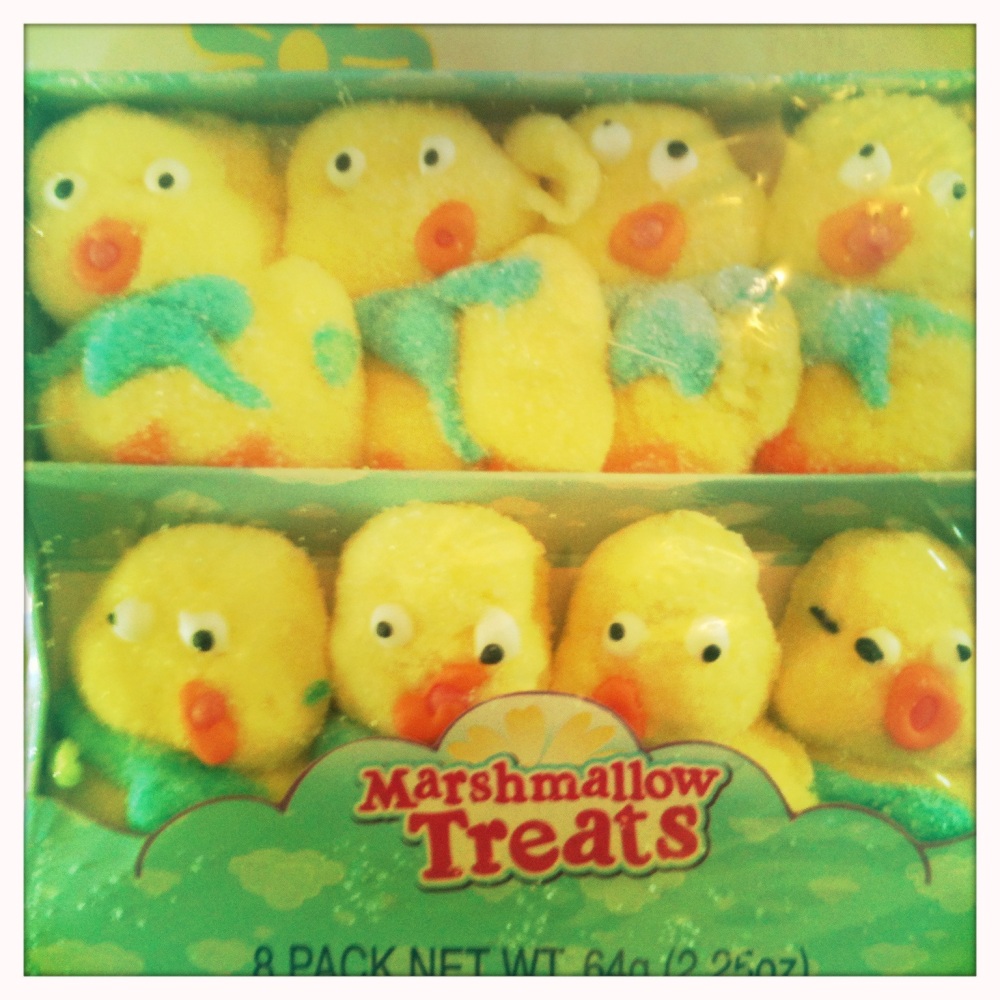 I’ve written about this song before in this post (please read… it’s one of the better ones where I actually tried*), but I’ve never seen the real video until now.

*This post is an example of one when I didn’t try.

Face upgrades throughout his Hollywood career...

With Colin Farrell’s Total Recall coming out this summer, it got me thinking… hasn’t he done this before?  It’s kind of like Total Recall in Total Real Life.  He’s becoming sort of the Remake King, and it may suit him well.

When S.W.A.T. was originally released, Farrell was the Sam Worthington of that moment.  He was the foreign Actor! living the Hollywood dream.  You couldn’t escape his movies – Hart’s War, Minority Report, Phone Booth, The Recruit,  and, ugh… Daredevil (his Bullseye was the best thing about that movie).

By the time Miami Vice was released, Anytown Vice could have been breathing down his neck.  Addictions to pain killers and Playboy models were derailing his career, and this film was not helped by it (or, ugh… Jamie Foxx.)

(SIDENOTE: Insert In Bruges here.  This film is not a remake, but to me, it remade his career.  This was the first time I thoroughly enjoyed his work as an Actor in bold, versus my usual sarcastic Italics!)

As for Fright Night and Total Recall, the court’s still out for me.  I enjoyed the originals of both, and I don’t think his presence will hurt either of the newer incarnations.  My big question is:

Now that Hollywood’s diving into 90’s television with the reboot of Sabrina the Teenage Witch (which I guess was technically and re-imagining of the comic book character), my suggestion is to go back to the TV remakes with Full House: The Movie! 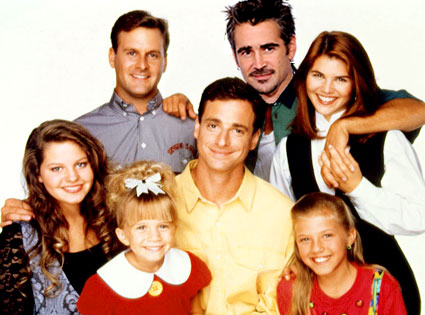 I don’t know what made me think of this list.  And I promise you, it will not be anywhere near as insightful as this article.

In fact, I won’t even cover one of those on that list… which shortens my considerably (really, all I would have included were John Lennon/Paul McCartney tracks, and maybe a Foo Fighters tune).

So without further adieu, here are some Strange Songs About Other Singers.

To refer to these tunes as ditties might imply that they’re chipper, but come on… it was the 90’s.  Nothing was chipper.

What’s interesting about this A Handful Of is that I don’t think they could have been made at any time other than that dreary decade.

(SIDENOTE: Okay, two of them are kind of chipper.)