Every now and again, strange impulses overtake me, and I work hard to suppress them.  They can come out of nowhere; sometimes they’ve stewed silently for years.

Most times, they even baffle me, but it’s the baffl-ing-ness (?) that drives me further.

Oh, I realize that this opening sounds like it could be bad things, but they’re not.  Depending on how you look at them, I guess, they might be.  But that’s neither here nor at Target (if any of these were at the Ol’ Bullseye this post would be a list of my greatest shopping regrets).

Yes, it looks like a nerd toy, because it is a nerd toy.

I saw an article about Öliblocks in an old issue of Wired Magazine recently, and it’s more of a morbid curiosity than anything else.   They don’t just look like the above picture, there’s tons of different versions.  To be honest, I probably wouldn’t really buy them… but I would want to play with them.

Don't they look cool? On second thought, don't answer that.

I didn’t know I wanted a unicycle until The Colbert Report presented an expose about riders in NYC.  It’d be safe to say that the people who use unicycles as their primary source of transportation would probably not be friends of mine, so then why would I want one?  I like balancing. 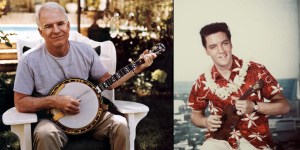 King Tut and the King

I play the guitar, so either of these would be a fun sound to play around with.  It’s just another one of those ideas that’s been brimming inside for a long time… and speaking of brimming…

Tim Olyphant rocks as Marshal Raylan Givens on FX’s Justified and he wears a cool cowboy hat.  Am I that simple of a person that I want to look like Elmore Leonard’s smooth, quick-triggered character?  Maybe. 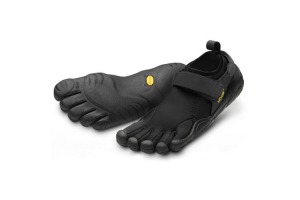 I saw these at the end of season five of Showtime’s Weeds, and even though they made fun of them, I still would like to try them out.

Landon Meier makes these. I think there's something wrong with him.