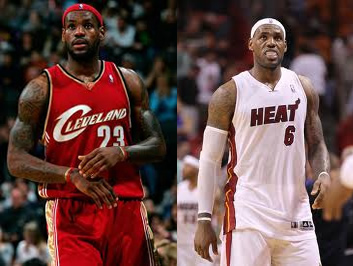 Talk about a double-take.

Millions of Americans are probably more than ecstatic to join in the schadenfreude that is the defeat of LeBron James and his Miami Heat at the hands of the Dallas Mavericks in the NBA Finals, so I’m taking on my biggest challenge yet.  I am going to be In Defense Of one of the most indefensible players in all professional sports.  So where to begin?

Even though he was drafted?

Wasn’t that the season that one ref got busted for fixing games?

When “The Decision” was made to switch teams before this past season, James took a lot of heat for the way he went about it.  He has since apologized for that course of action, and even though some may have viewed it as coming a bit too late, he still did it.  Remember, he didn’t have to do it at all.

When the Heat fell to the Mavericks in only six games, James took a lot of slack for this comment:

All the people that were rooting for me to fail, at the end of the day, they have to wake up tomorrow and have the same life that they had before they woke up today. They have the same personal problems they had today. I’m going to continue to live the way I want to live and continue to do the things that I want to do with me and my family and be happy with that. They can get a few days or a few months or whatever the case may be on being happy about not only myself, but the Miami Heat not accomplishing their goal, but they have to get back to the real world at some point.

Taken out of context, it can come off as pretentious and douche-y, but he even had to clarify this.  And he didn’t have to:

Let’s think about his decision in real world terms:

Everybody’s mad at him because he’s a Midwestern kid that turned his back on the Midwest and made a big deal about it.  He got cocky.  That’s really the root of it all in a nutshell.

I heard one reporter state that when James first returned to face the Cavaliers in his new uniform, the fans could have affected his game much more by giving a standing ovation – not booing.  He would have regretted his choice, potentially, rather than feed his drive to prove every one of his old fans wrong.

After all of this, you may agree or disagree, but I have one last line of defense.  Of all the athletes that have taken a crack at acting (O.J. Simpson, Shaquille O’Neal, Kareem Abdul-Jabbar, Michael Jordan, Brett Favre, Dan Marino), I feel LeBron James (all the LeBrons) may be the best:

It’s too bad his first film has been postponed, a comedy entitled Ballers.  They claim to still be developing the script, but perhaps their reconsidering just the title… 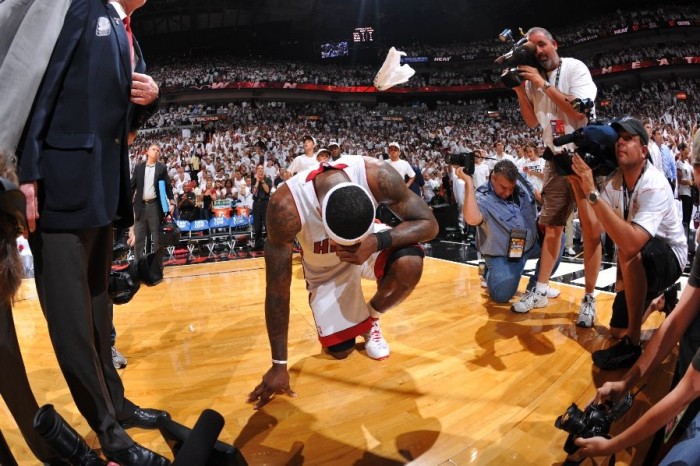 (There’s more Nike commercials featuring The LeBrons after the jump…)