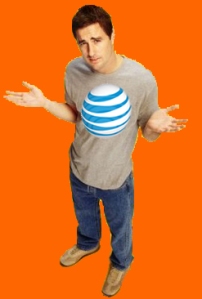 Once upon a time, AT&T was The Shit.  Mostly, this was due to the fact it was The Only Shit out there, but allow me to quickly sum up the company’s roots:

So to recap, Bell might have stolen credit for inventing the phone, Bell’s partners buy out a chunk of the company they tried to do business with previously, and the resulting company runs the show in America for over 100 years legally!  The Shit!

Nowadays, since getting further and further away from land lines, AT&T sucks.  Should my iPhone drop calls?  I don’t think so! Therefore, Just Shitty! (Personally, I blame the Cingular/SBC buyouts for this, but more on this in a second.)

Enter Luke Wilson, Owen’s younger brother.  A formerly shooting star that has since hit a speed bump (what would be the equivalent in space… an SBC satellite?), let’s check out his track record:

Now are all of those hits?  No.  But they are all popular and some are my favorites (those underlined).  I would qualify his first ten years to AT&T’s first hundred… that is, he was The Shit, or at least on the path to fully encompassing it.

What happened that lead him to ultimately costar in a film with Jessica Simpson?  It certainly wasn’t Blonde Ambition blind ambition.  I’m calling it the Idiocracy Curse.  The film was supposed to be released in 2005, but it was pushed back and subsequently dumped into 130 theaters the following year, and onto DVD the next.  It has since achieved a cult status and is frighteningly prescient.  But since then, Luke Wilson hasn’t had a hit or even a near miss.  Does this make him Just Shitty?

Well, when SBC acquired AT&T in 2005 (the Idiocracy Curse!), they officially attained their Just Shitty status.

When did Luke Wilson attain his?

(Here’s to hoping both can attain their former glory, and my iPhone won’t drop anymore calls!)