Even though the TripleDoubleU’s a-rumbling over “Pushing Daisies” (some hint that the title may become eponymous with its fate), I say, sally forth, Bryan Fuller.  Your imagination, and our societal lack thereof, needs it.

From your beginnings, as a fan who got to write for his favorite franchise, “Star Trek,” through your development of the wonderful “Wonderfalls” and “Dead Like Me,” and the best part of the crap that “Heroes” has become (FYI… he wrote the first season’s incredible “Company Man”), I don’t feel like you’ve received your just desserts just yet.

It appears ABC’s gamble last Wednseday was good one (and funny, since the episode was about gambling).  I hope that “Pushing Daisies” can find the audience it needs to keep the Brass ordering more seasons.

And fear not if all does not go as planned (crossing fingers for new “Star Trek” show).  Look how long it took Judd Apatow to click with the mainstream.  There was “The Ben Stiller Show,” “Freaks and Geeks,” and “Undeclared” way before there was “The 40 Year Old Virgin.”

We need people like you in Hollywood (and Charlie Kaufman, and maaaaybe Zack Snyder), since the Lucas and Spielberg wells have all dried up.  Who else will do battle with the Michael Bays, Stephen Sommers, Brett Ratners, and (vomit) Friedberg/Seltzers of the world? 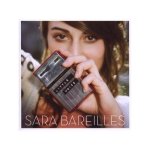 You know that cringe. 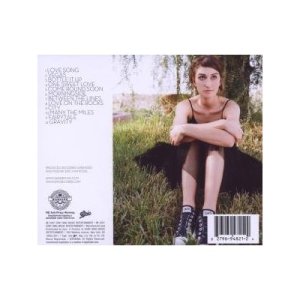 Tennis shoes and can sing? Marry me

That recoiling feeling when something is justnotright.  It’s minor, maybe ignorable, and perhaps even a subconscious tingling, but you still notice it.  When Sara Bareillis first hit the scene with her infectious (will-it-be-one-)hit(-wonder?), “Love Song,” I took note of her CD cover in passing at a Target.  I wondered what she looked like, but I didn’t take the further effort to investigate, um, further, like by simply flipping over the case.

I didn’t think much about the picture at the time.  It only reminded me of how they made Alanis Morissette mysterious with quick cuts (which seem slow nowadays) in her video for “You Oughta Know.”  (It’s so Nineties it’s hilarious.)

When I finally saw the video, that’s when the cringe hit me.  Could it be?  Would they?

One of my biggest pet peeves in the world is what I’ve come to collectively call: Marketing.  It’s not just about the corporations anymore (though in this case it is).  I hate being sold to, and if you’re a poser, you’re a loser (my lame t-shirt slogan… I bet I could make a shitload off selling it to posers, though).  I try to associate myself with real people for this very reason.  In fact, I think this whole country would be a whole lot better place if people weren’t afraid to be who they really are, and if they don’t know who they are, I’d hope that they could enjoy the ride of trying to figure that out.

Anyhooptyhoo, I find Sara attractive.  I’m a sucker for the chanteuses as it is, and it makes me mad that the marketers of this world (particularly her label), may not have.  They thought she might not sell if the front and back covers were reversed.  These are my own interjections, of course, but this is the same label she directed the song at.  They wanted her to write a catchy pop love song to sell to the masses, and in response, her inner cringe produced a massive hit.

And what prompted all this old news to get dragged up?  Not as old news that’s become new news due to any upcoming DVD release. 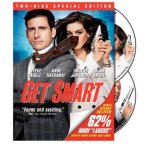 Why cover your costar?

Why cover your star?

I felt the cringe when the original posters came out, and I don’t think it was just because they’re not even in the slightest least bit funny…

FACT 1: I never stop my engine when I get gas.  Someone yelled at me the other day about it.

But my argument is that it saves me at least 38 seconds, every three days, in my hectic high paced life of writing and fixing computers and drinking.  This video is why I don’t fix my sweater when I get out of my car:

I really do wish it was also a lesson in how blowing on a flaming gas dispenser, or scraping it on the cement to put a fire out, is a bad idea, but we can’t have everything I guess.

FACT 2: I play soccer.  It’s indoor, but that doesn’t mean I haven’t been rocked in the face by a kicked ball.

Scratch that “getting rocked” comment above.  I get pebbled compared to this guy:

And that’s not even that bad, in comparison to this.

FACT 3: And speaking of getting rocked, I was at one point an aspiring rock star.  (This is way before I realized my dreams playing Rock Band.)

I was perhaps a little better than this guy:

At least, I would have had the common sense not to be in a shower in my video.  If I did, then the world would know I shower in swim trunks.  I must stop doing that!