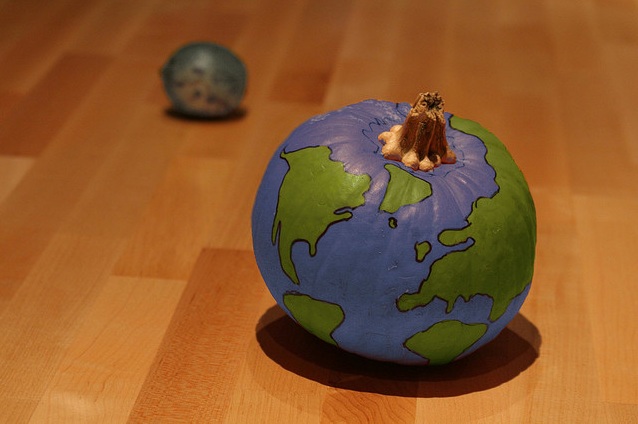 Everything's eventual... don't be in such a "flucrush."

This has to be one of the strangest bar arguments I ever got into.

It was at trivia, which is a rarer thing these days, and a question came up:

At what latitude is the north pole?

And at first I thought zero, but then we remembered the equator is zero.  So our (my) next “logical” jump was to say 180.  We paused on 90, but stuck with 180, and answered incorrectly.  We weren’t mad about that.  But it jump-started one of the loudest vocal challenges.  Degrees, and spheres, and pi (yes the pi without the e), and Tropic of Cancer, and Prime Meridian, and pumpkins were involved and shouted.  (The pumpkin still at the bar provided a nice example of the way longitude is measured.) No one jumped in; no one told us to quiet down; everyone looked.

I was going to explain the resolution of our semantics, but then I realized that’s even worse than what’s above.

So I’ll mention the invention of a new word – flucrush – and that it’s pronounced FLUH-KRUSH, not FLOO-KRUSH.  It has no meaning, but you’ll know when to use it.