The year is 2006.  The 20th Anniversary Edition Optimus Prime has just been released.  Upon hearing this, something else might have been released… in my pants…

When I was a child, there was nothing I wanted more than Optimus Prime.  The problem was that he cost $20, and I had a difficult time saving up a score of buckeroos.  There was always something else I wanted that cost exactly what I had, so alas… no Optimus Prime. 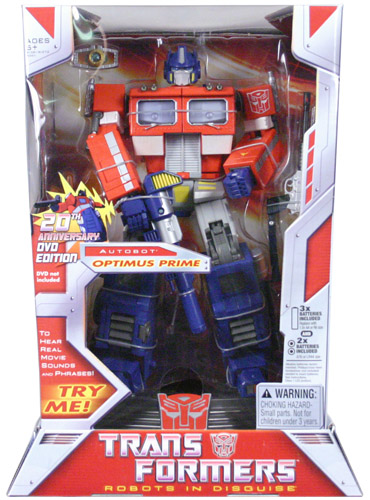 My dream has been not only met, but exceeded.  This celebratory edition may not include the weapons base trailer, but he looks just like the cartoon – in robot and vehicle form!  It’s an insane representation!

So what broken dreams are left floating around my adolescent heart, you wonder?

They are, in no particular order: 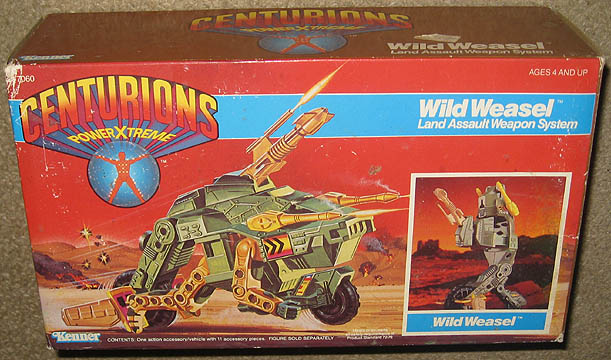 This went to Sam Rockwell, right? It was Jake Rockwell? Oh well.

You might not remember Centurions for their cartoon or toys (there were 65 episodes produced!), but I will never forget this cool vehicle idea.  In retrospect, the real world application of it wouldn’t  roll past production, and in further analysis, I probably liked it because it reminded me of TRON (you probably don’t remember that old 1982 movie either).

Everybody wanted this; nobody had it.

This one still didn’t live up to the Desert Skiff we all wanted with every fiber of The Force, but it was better than what was originally offered.  And too bad it came out after I started collecting M.A.S.K.

This car could arch its back. For some reason.

I still consider M.A.S.K. the best toy collection of my youth (StarCom was a close second), plus I was blessed in prolonging my longing for the vehicles I missed the first time around when they were getting dumped in KayBee Toy Stores years after they were gone from store shelves… on clearance.  I never got a second chance to get Razorback, but I still have dreams about finding them still (this is 100% true). 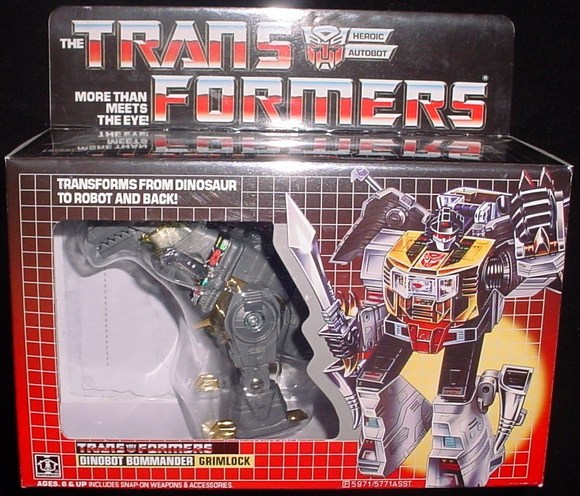 Perhaps there’s a 20th Anniversary Grimlock on the horizon?  How about 25th?  30th?