Simon Cowell’s American Idol X-it strategy, The X Factor, feels more like America’s Got Talent mixed with The Voice than the ratings juggernaut, and the ratings are proof.

The tenth season of American Idol debuted with 26 million viewers, minus Cowell, whereas The X Factor debuted with only 12 million, with Cowell.

Has he gotten too big for his britches?  Or are people burnt out on singing competitions at this time of the year, having just finished with the two mentioned above?

Perhaps timing has everything to do with American Idols success.

Or maybe, it’s the people.

With Simon Cowell, you get no bullshit, and that’s a bonus.  But he thinks no shit don’t stink, so that cancels out his assets.  With Steven Tyler, you (seemingly) had quite a genuine and caring individual that contrasted everything Cowell represented, and there was no looking back.   It probably has something to do with the amount of tail each has had, and the way it was had.

We already had enough of Paula Abdul before she left Idol, but Jennifer Lopez sounded like a self-entitled nightmare.  Turned out J. Lo was about as nice and pleasant as could seem (she’s not that great of an Actor!), and a hell of a lot more intelligible in her insights.

Randy Jackson seems like the cool, approachable guy in the band, and he probably was when he was in Journey.  L.A. Reid, on the other hand, comes across as a corporate incubus, seeking out the next talent whose life-force he could siphon.  Or a RuPaul impersonator.  Mostly, I judge the new judge based upon the immortal lyrics of P!nk:

LA [Reid] told me, “You’ll be a pop star,
All you have to change is everything you are.”

She’s done a hell of a lot better since being herself, so… 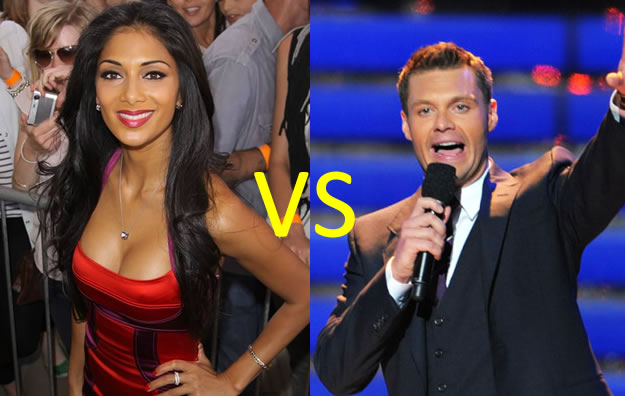 Okay, this isn’t the proper match up, but who is that British guy taking Ryan Seacrest’s role as announcer or interviewer or host or whatever his role is called?  And Idol wisely gave up the notion of a fourth spot, so why did The X-Factor go with Pussycat Doll Nicole Scherzinger?