While in Caleeforneeuh (that was my Governator impersonation), of course I had to visit the Disneyland and Caleeforneeuh Adventure Theme Parks.

While there, we happened upon a new Disney merchandising gimmick entitled… Vinylmation.

Not to be confused with the Divinyls and "touching one's self"...

I should clarify this… it was I that was unfamiliar with the products.  My mother had already known about them and happened to purchase two earlier this year.  They were the display image on her phone, and I had no idea what they were until finding these at the park.  Mystery solved.

(SIDENOTE: It should also be known that my entire family is very Disney-fied. So much to the point that my brother knows – and swears by this fact – that the best gummy candies in the world are found in Disney theme parks.  He feels the same about their chocolate-covered pretzels, too.)

(SIDENOTE ADDENDUM: I’d have to agree about the gummy candy.  My brother thinks it’s because they use sugar from beets.)

Anyzip-a-dee-doo-dah, upon spying these Vinylmations, I immediately thought of these: 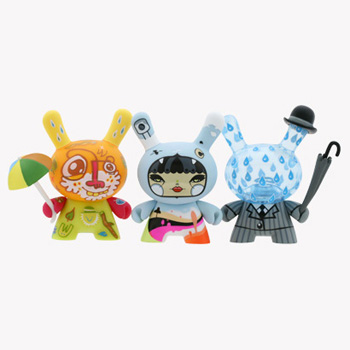 These are Ye Olde English Dunnies (I don't know if I should have pluralized it).

Kidrobot makes (or distributes) these painted vinyl rabbits, each called a Dunny (like I said, I don’t know if I can pluralize it).

Did The House of The Mouse rip it off?

Is it a Coinkydink or a Coinkydonk?

No, I really want to know.

The only reason I know about Kidrobot is because of these: 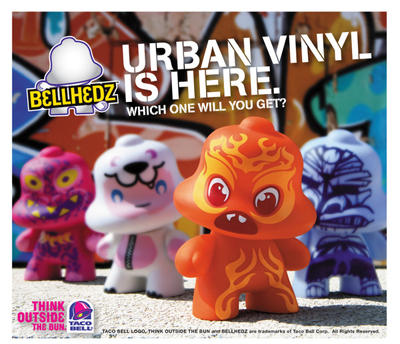 Yes. These were sold by Taco Bell.

The conspiracy about the BellHedz can be read here.  Or you can read what (little) I had to say about them here.