You see, my boss Paul (and friend – he’s definitely friendly today) once told me about an old Saturday Night Live sketch that involved Will Ferrell fighting a monkey.  It sounded hilarious, but I could never find it online. 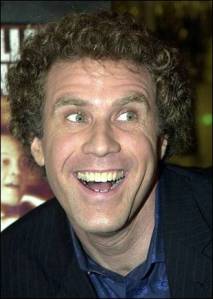 Okay, so I don't share right away. It auto-played, so I moved the video to after the jump.

So I started poking around the TripleDoubleU for more random skits, and I found this unfamiliar character, The Falconer.  It’s funny despite itself…

I put his video after the jump so Will Ferrell wouldn't be alone...

(Videos on next page)