(SIDENOTE: This is one whopper of a CoC, and I fear it is my greatest discovery.)

I love you, television.

Now that that’s out of my system, onto business!  I’m sorry baby, but I’ve got work to do.

Two of my favorites shows on television had “mergers” a couple of seasons ago: Lost and The Office.

Lost had this happen in their second season, and the reason why, as producers explained, was to extend the show’s storyline if needed by adding more characters with new flashbacks (I know this from memory, and I’m paraphrasing because I’m too lazy to look it up).  The “merger” involved having the survivors in the tail section of the crashed airplane join the remaining survivors.  At the start of the third season, the season commitment contract was locked up, and almost all of the new cast members introduced the year prior were eliminated.  Almost.

As for The Office, the third season had two branches “merging,” à la the UK (original) version’s second series (that’s what they call “seasons” across the pond).  Unlike the British version, almost every new character quit out frustration with their new boss.  Almost. 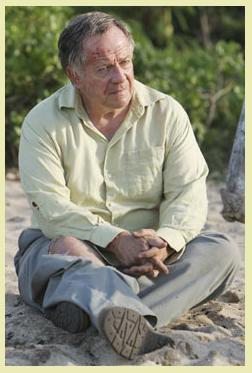 So to recap… the two characters that survived massive cast “mergers” were both named Bernard.  Do I smell a Coinkydink or is that a tinge of Coinkydonk?

BONUS COINKYDINK OR COINKYDONK: An Actor! by the combined name of Andy Nadler played a character named Barnard (sp?) in the independent film, The Guatemalan Handshake.  Consider your mind blown.