The quest begins to pinpoint the moment that John Cusack went from being The Shit to becoming sort of Just Shitty.

In the annals (ha!) of this category, it is not necessarily a title one’s locked into and therefore it’s totally reversible.  With his upcoming films Hot Tub Time Machine and the possible Cosmic Banditos, the turd that has become his career could shine once again.

But what caused the descent into the drain?  Let’s take a trip in the Toilet Bowl Time Machine to find out.

There are groupings to this phase, and they go like so… 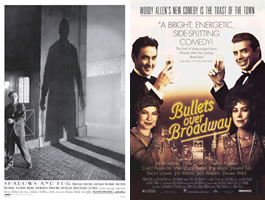 7) The Beginning of the End of the Century

Some would argue that 2000 was the end of the era of his best work.  (Okay, at least I would argue, and then blame it on Y2K.)  But in 2005, John Cusack started blogging for The Huffington Post.  Then came: