This is a post I’ve been meaning to write for awhile.  When I recently went to the theater to see the wretched Friday the 13th remake/revision/re-fried beans, there was a father behind me with his 8-10 year old son.  I had a major ass-id flashback when I overheard him telling his son, “Cover your eyes!” whenever nudity was shown.

“Cover your eyes!”  The adage of the forbidden.  The phrase my parents often demanded of me when renting schlocky horror and fantasy films (they were my dad’s favorite VHS tapes to rent) whenever there was any hint of an upcoming boobs, butts, or both.

In fact, at the showing of F13, there were a fair amount of kids.  My favorite was a dumpy looking mother with her dumpy looking tween son that was wearing a Girls Gone Wild t-shirt.

What bothers me is that these parents don’t even stop to consider what these films do to their kids’ brains (if they have any, for that matter – the big dopes or their offspring).

At least the father behind me was sorta censoring his spawn’s input.

As an example of the warping that can occur, let me bring up a few things that warped my mind in the original series:

1) It made me scared of NYC.  I haven’t been sure of the origin of my fear.  This intro makes it look not-so-inviting:

2) It made me scared of loud random noises.  In the middle of the night one time, I kept hearing this scary uggh type noise.  I thought the devil was speaking through my TV or something.  Ended up being a spider in the fire alarm, but whew!  I flipped the fuck out.  Now listen to the crap noise they call “music” that plays through the opening of Jason Goes to Hell: The Final (hah!) Friday:

3) It made me scared of getting naked, et. al.  People die, folks.  People die!  That’s why I shower in my bathing suit.  Just in case.

You might have seen these before.  I have and I lurve them.  Watch and cringe in enjoyment!

1) The Gash Monster.  This one is a little messed up.  The opening of the dream started like a pinhole fade-in… except the pinhole was a square.  As the blackness pulled away, it revealed a creature comprised of eyes that looked just like this one below: 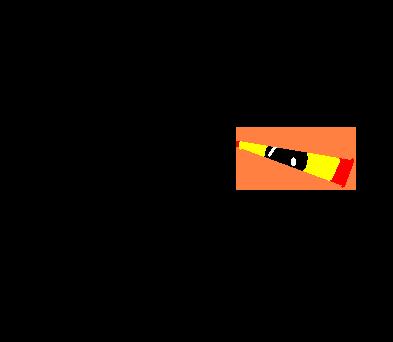 It was covered in gashes (take that word choice however you may), and in every slit (same goes for that word choice) rested a beady, blinking eye.  The beast was the size of a couch and shaped like a boar.  Its snorting (and endless staring) woke me up immediately.

2) The Floating Puck.  In this dream, there was a ten foot cushioned, hockey puck-looking thing in a play area.  Some kids were floating above it, but I thought they were flying by jet packs like we’re used to seeing (even though I saw none): 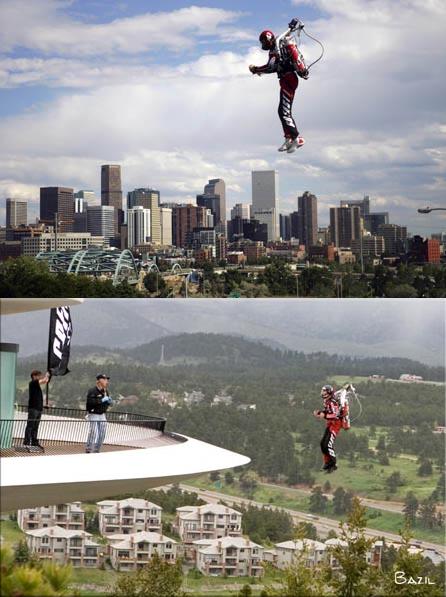 In case you couldn't put "jet" and "pack" together in your mind.

When they started doing flips, it freaked me out.  I was worried they’d crash and smash their heads.  As it turned out, this puck-thing blasted air which made everyone virtually weightless.  At the point I finally stood on it, I had to jump to get started.  I lifted a bit higher with each jump, but I was too heavy for it and slowly descended back to the ground.  For whatever reason, this made me wake up, laughing out loud.

3) The Giveaway.  This is maybe even stranger than the other two dreams.  I was in my basement doing laundry, and Robert Redford was also there, going through all of his old awards.  He was pulling out all kinds of trophies and throwing them in the trash – even his Oscars.  The only one he wanted to keep was from Butch Cassidey and the Sundance Kid (for which he wasn’t even nominated).  He told me he’d give me his Academy Award from The Sting (he didn’t win, but at least he was nominated).  When he reached into the box, he pulled out a toy of the Gash Monster. 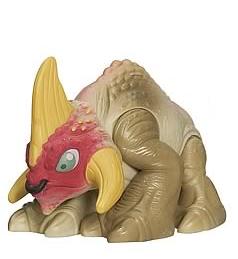 Like this Star Wars creature, but not at all.

Last night at trivia, we blew it.  We blew it big time.  Out of a possible 73 points, we had 65 – and that’s a rarity (high 50’s are usual).  We could have actually scored higher if I would have went with my gut instincts of Applebee’s (“Where did Plaxico Burress say he shot himself?”) and goat (“From what animal does cashmere wool come from?”), as opposed to Denny’s and sheep.

But the last question… it’s all political correctness’ fault.

Prior to President Barack Obama, who was the last African-American to be recognized as Time Magazine’s Man Person of the Year? 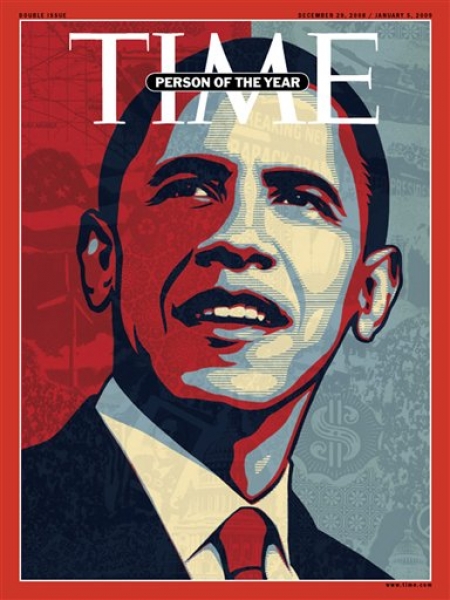 Person of the Year? As opposed to alien?

We didn’t think of this guy, because we didn’t go back in time that far:

But in reality, African-American has become so synonymous with Black in this country, we didn’t even consider the American part.

Oh well.  We didn’t win even though we were in first place before the final question (you wager your points à la Final Jeopardy).  But I did steal a cool NFL glass from the bar.  It had all the team logos covering it.  Suckas!*

*KARMA SIDENOTE: When I was dropped off at home, I realized my wallet was missing.  I figured I had left it at the bar.  Since I planned on taking the glass pretty early in my drinking, I focused mostly on that task, and found it fitting I abandoned my Billabong billfold at the scene of the crime.  Turns out I dropped it in my friend’s car.  But for a second, I learned my lesson.

I’m totally writing this to steal someone else’s joke.  I’ll give credit to my sister’s friend I don’t know, but that’s as far as I can go.

At this year’s Oscars, Sofia Loren looked like a deep-fried lioness.

I’d add minus the breading, but I digress.  God, answer me one question – why Lisa Rinna AND Joey Fatone?  One’s bad, but both?! 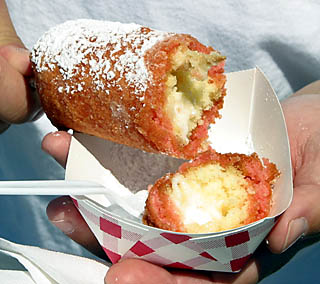 Hey… here’s the thing about today.  It’s Paczki Day (pronounced: punch-key) in Detroit.  It’s a Polish name, for sure.  Everywhere else it’s Fat Tuesday or Mardi Gras.  Today is the day before Ash Wednesday and the start of Lent and blah blah blah…

All most people care about here are these: 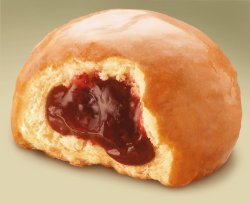 I am not a fan, and have never been a fan, despite being of the same descent as the fried jelly- and custard-filled pastries. 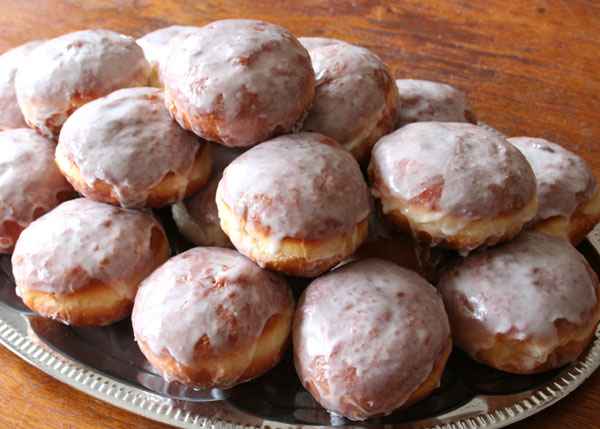 I was kidding about the mmmm...

I’m sure it has more to do with the fact that I’m not a fan of jelly, custard, or deep-frying… 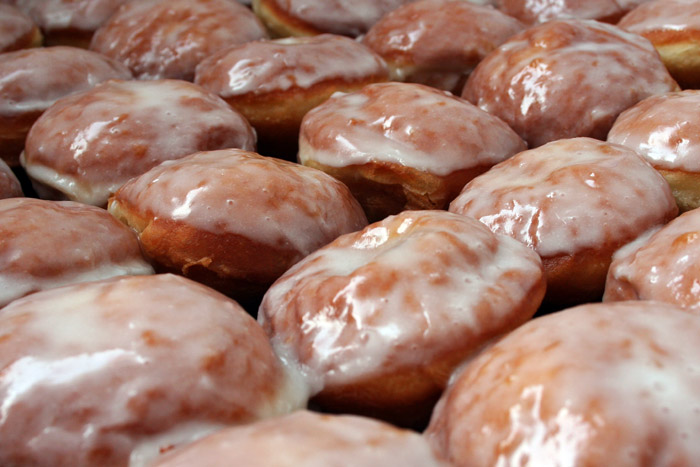 …except in the case of these (where’s their holiday?): 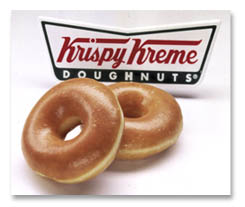 They're like sugarized air. Let me breathe you in.

For those of you that don’t know how to turn a doorknob (I’m looking at you aliens from Signs!), here’s a video that explains why we find cute things cute (why we needed one is a question for another time):

I was watching the first episode of “How I Met Your Mother” and there’s a scene where Robin (Cobie Smulders) quotes (what they consider) an obscure line from “Ghostbusters.”

Ray, when someone asks you if you’re a god, you say “YES”!

For whatever reason, it caused a flash in my brain pan of a conversation I had with my cousin Steve last night.  He was telling me about a Craigslist entry he read.  In it, someone was giving away an upright piano for free.  The catch: you had to come pick it up.  I asked why he hadn’t contacted the sellergiver-awayer and he said he had no place to put it, being stuck (for the mean time) back at home.  My response:

Steve, when someone offers you a free piano, you take it!

It could have waited in the garage.  It didn’t need to even be playable.  He has an old NBA Jam coin-op arcade system in the living room.  The upright piano could go right next to that. 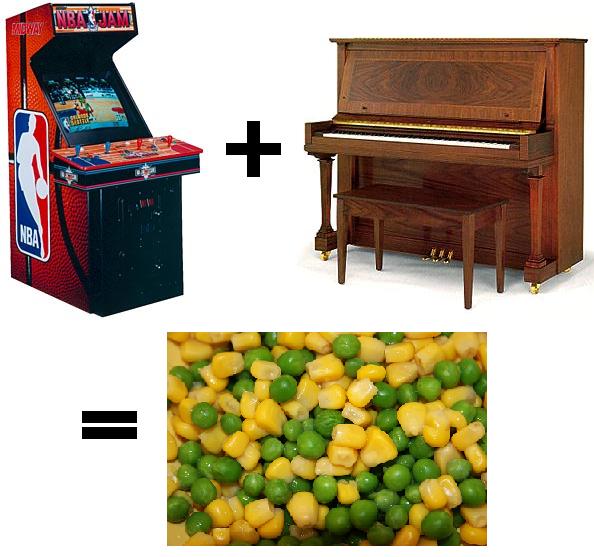 And this is one situation where I practice what I preach.  When I had the chance to get a free microfiche machine, I took it! 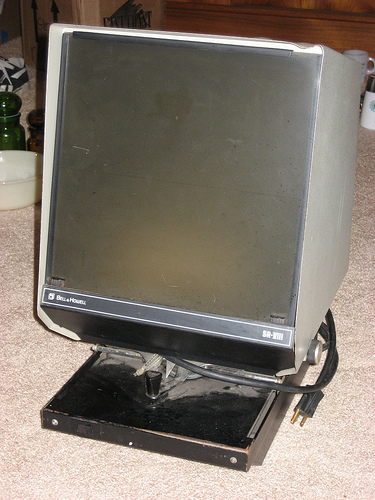 Just in case a dying man hands me microfilm and tells me, "Don't let them find this," I can see what "this" is.

Okay, it’s official.  As you can see in the Widget bar at the left, I am a Twitterer-er–ee… and my user name is WYSeanIWYG if anyone’s interested (comment me with your below and I’ll “Follow”).

Anywhippersnapper, I’ve already made one cool discovery, courtesy of Actor! Kevin Pollak (whom I’ve always liked before and since The Usual Suspects, probably because he kind of reminds me of one of my uncles).

He recommended the “I Can Read Movies” Series by some artist named Spacesick.  Basically, he conceptualizes each selected film as an iconic, stylized image (kind of like the old Activision game covers), portrayed as an old book cover. 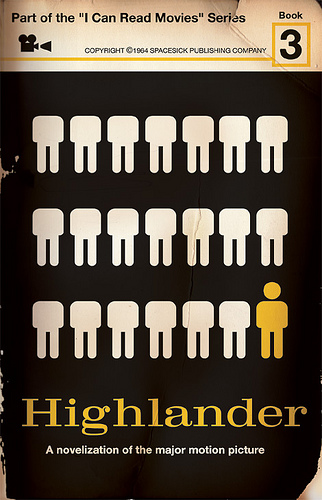 "There can be only one... unless we want to make sequels." 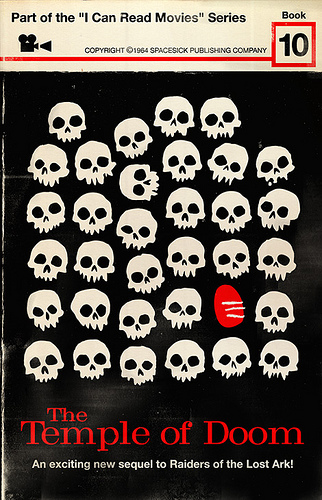 "Hey, Dr. Jones, no time for love. Swinging on vines with monkeys? Eventually." 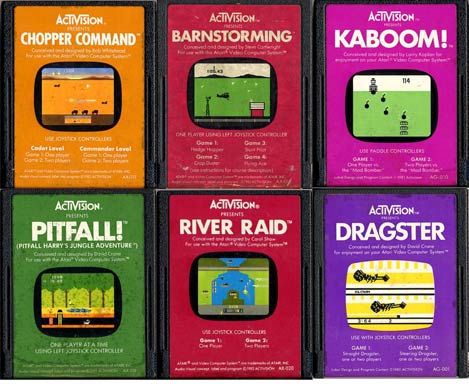 Soon to be major motion pictures, I'm sure. Then "I Can Read Movies" novelizations. Then video games again.

When I was at my favorite movie theater recently (I am a card carrying Frequent Movie Watcher), I noticed that they had (intentionally) placed four strikingly familiar posters beside one another.  I couldn’t quite place what was so similar, but they all drew the exact same emotional reaction from me… 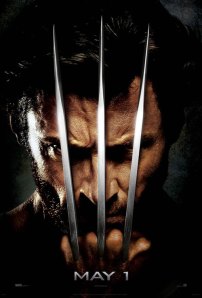 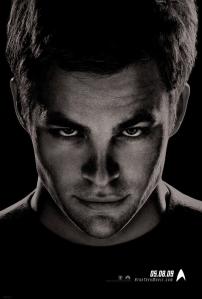 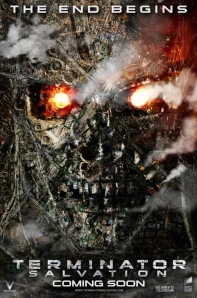 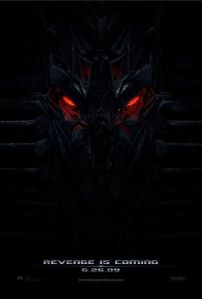 …ho-hum.  Just what the ad execs ordered (okay, maybe the T4 poster is kinda cool).  Instead, I think they should have hired this guy:

Vodpod videos no longer available. My guess is that it all started with this poster: 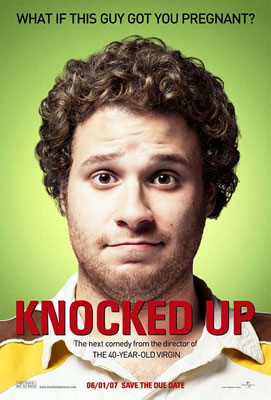 Looks guilty to me!

more about “JusWondering…“, posted with vodpod