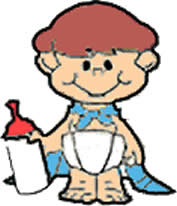 Diaper Man is one of the scariest thinks to look for on Google Image Search.

Let me begin by saying this: Cracked Magazine might have always been #2 to Mad Magazine when I was still watching Mighty Heroes and Deputy Dawg on Channel 20, but these days, Cracked.com has some of the best comedy lists around.

Having said that, a recent list they presented covered 5 Superpowers We All Had as Babies (According to Science), and it at first made me sad.  Look at what we (InASense) lost:

If babies didn’t creep you out already, next time you see one, remind yourself that the little bald-headed mini-human is not too different from an infantile Professor X (kinda mixed with X-Force’s Warpath).

Then I got to thinking… what powers do we get when we get older?  Let’s begin the countdown.

We all aspire to be lazy.  And I’m not calling old people who use mobile assistance lazy.  I’m merely stating that no one gives old people dirty looks for being lazy if they’re riding in a Little Rascal.  Because they’re old.

4. Living in the Past 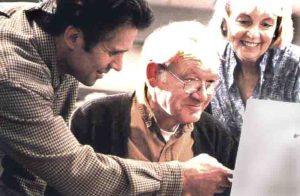 Back in his day, laptops were where kids bent over to get the belt.

Change is a-comin’, and there ain’t no rest for the wicked.  Of course, I’m mixing my Metamucils, but my point is this: the future sucks.  Now kind of sucks.  The best way to escape all of that – remember the good ol’ days.  And talk about them constantly.

Sure, it might be out of guilt.  It might even be out pity.  But the elderly have a way of getting young people to do their bidding.  And the young person might even get a few dollars for their trouble, but the young person will probably give it back.  Mind control!

2. You Get to Say Whatever You Want

Loose lips used to sink ships.  Now loose lips are expected.  Be inappropriate.  Flirt.  Be rude.  Be sexist.  Hell, be racist.  You’re old.  All is forgiven.

"Grams" could have more than one meaning.

Everybody thought it was funny when Grandma said she wanted to get a license for medicinal marijuana.  Now everybody’s jealous.