I really shouldn’t pick on kids. It’s not very becoming of me.

But that’s why I don’t ever want to have kids, because if they’re ugly, I’ll probably get arrested for putting them up on eBay.

That having been said, check out this kid’s melon.  You’ll figure out which one I’m talking about real quick.

Milk is great for healthy bones and eyebrows, I mean, hair.

This reminds me of that old Seinfeld episode when Elaine and Jerry are trying to set George up on a blind date, and the topic of eyebrows is brought up:

Jerry: I don’t know, what’s with the eyebrows?

Elaine: You know what your problem is? Your standards are too high.

Jerry: I went out with you.

Elaine: That’s because my standards are too low. And by the way, you know,
women kill for eyebrows like that. Do you know that? I mean women pluck their
real eyebrows out of their head, one by one, until they’re bald, Jerry. Bald
above the eyes! And then they paint in these eyebrows to look like that.

Well anylourdes, while some people find Angie Harmon’s brows attractive, I agree with Jerry.  What’s with them?

Her poor daughter reminds me of Chippy from Tim and Eric Awesome Show, Great Job! 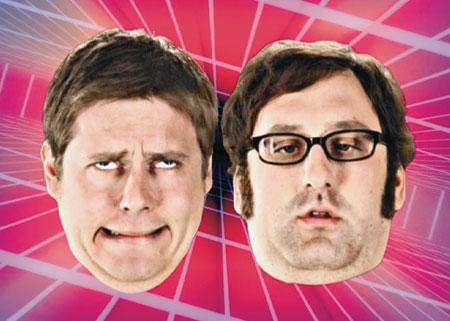 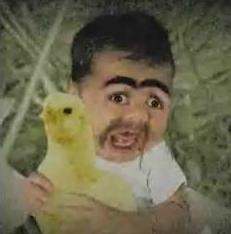