I know you’ve been clamoring for this list for a while now, so I’m glad to present A Handful Of… My Latest Crushes:

She's the ideal girl next to the window.

Ms. Woodward first came to my attention last year during the first season of Raising Hope, and she’s held my attention ever since.  I’ve never seen the movie The Haunting of Molly Hartley, or the show she was on previously (The Riches), but they are definitely in my Netflix queue now. 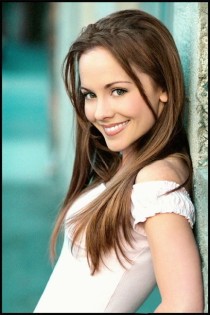 She's keeping the wall stable, but not my heart rate.

I didn’t watch Two and a Half Men with any regularity, but I was aware of Ms. Stables when she had a recurring role on it.  Since I only caught her appearances in random reruns, I was pleased to find out she had a new show on TV Land called The Exes, which is actually pretty good… emphasis on the pretty. 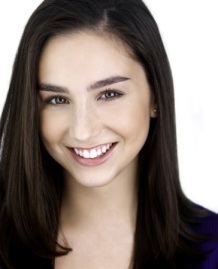 I’m pleased to admit that Tim Allen’s latest show, ABC’s Last Man Standing, is funny.  But even if it wasn’t, I’d still be in inclined to watch it because of Ms. Ephraim.  She plays middle daughter Mandy on it, and just like middle son Randy on Home Improvement, she steals many of her scenes.  And surprise, surprise… I’ve now added Paranormal Activity 2 to my queue, too.

Maid in Heaven (or Hell)

As I mentioned in regard to Ms. Ephraim, I will watch a show I don’t particularly like if I like an Actress! on the show.  So when it comes to Ms. Breckenridge, she was a primary reason I watched FX’s American Horrible Story (well, her and Jessica Lange’s scenery chewing).  Let’s just say I’m glad that show was only thirteen episodes long.  And I hope Ms. Breckenridge gets another gig quick.

I am no longer the master of my domain hosting.

I’m not a fan of Go Daddy for many reasons, and their commercials do not help.  On the other hand, Ms. Dearing helps their commercials, so there’s that.  She’s also in Will Ferrell’s Everything Must Go, so you know what I’m going to do to remedy not seeing that.  In the meantime, I guess I’ll stumble over to Go Daddy’s website to see how her commercials end.  Gah, I hate that!