Please note that I never want to see the following now or ever again:

Who is this ad for, Kayak?  Is that the owner’s parents?

I recently saw this commercial, and it gave me pause…

“Is this the new record scratch?” I wondered.

This meaning suddenly hit by bus.

So I started thinking about where this trend began, and I think I can link it back to The Hit that I think is The Shit.

Sure, it’s not a bus, but it was shocking – and eventually entertaining?  Most of all, it was first.

These accidents are used for comedic effect.  What the fuck is wrong with us America?  (See the Ghost Town clip in the montage below.)

Dramatic tension is high, and these scenes drive the plot, so… why couldn’t the Will Ferrell hit been less real and more ha-ha?

These really aren’t that interesting, so check out the montage below.

Hey look!  Zack Galifianakis!  Just don’t look at the rest of it.

These are too new to be found anywhere, but they’d probably fall under PLOP DEVICE since one had a contagious kid get smashed and the other had a serial killer get smashed.  I’ll let you guess which one each belonged to.

MONTAGES (there has to be a pun in there somewhere…)

I’ve mentioned it before (here and here), and I’ll mention it again – I have a very short list of serious fears.  Irrational?  That list would go on forever.

I’m really beginning to rethink that order because there’s a certain type of aliens that might be the worst.  But I’ll get to that in a second.  Here’s the preview for what I might find the scariest movie ever made!  Oh yeah… it’s called Dark Skies:

I can’t find the newest preview (nor do I really want to try that hard), but in that one, it seems that this film is about BEK’s.  That’s short for Black Eyed Kids.  Oh, I wish I could make a joke about the Black Eyed Peas right now, believe me.

You can click here for a Google image search of them for your own, but an image search alone won’t do it justice.  Howzabout a couple of stories from the ol’ TripleDoubleU to unsettle you in…

These strange Black Eyed Children, who can appear or vanish at a moment’s notice, seem to be between the ages of 8 and 16. Their skin is pale or pasty colored, described by some as looking plastic or artificial, and their mannerisms are odd. Witnesses describe their clothing as odd and drab – blue jeans and a hoodie or very old-fashioned, handmade clothing. Bizarre electrical phenomena occurs when they are around, such as a garage door inexplicably opening.

Jason Offutt, another researcher into the Black Eyed Children phenomenon, gives this account:

There are plenty more stories out there.  I simply can’t bear anymore.

Patrick Swayze and Keanu Reeves… you’ve left this world too soon.  What?!  Reeves is still around?  Regardless, their pairing was dynamite, and a reunion could never hope to attain the level of spectacle and wonder that was 1991’s Point Break (directed by surprise! – Kathryn Bigelow),

But did you know, according to the strange dream I had last night, there was a different title before it was released? 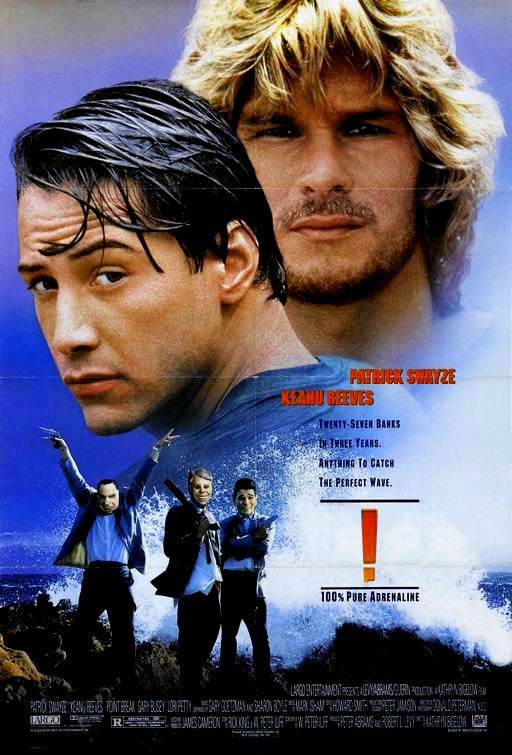 It was simply called !, like O or M or Q.  But how did they arrive at Point Break?  My dream went on to explain:

Originally, the film was titled with only an exclamation point, to build up anticipation for the excitement, but audiences couldn’t follow that logic, so then they were going to call it Exclamation Point, using the words rather than the punctuation.  But once again remember, audiences are dumb.  So someone suggested to “break” apart the exclamation point, and thus, Point Break was born*.

*In reality, this film went through several name and casting changes.  Matthew Broderick and Charlie Sheen were originally cast (imagine that!).  When Reeves became the lead, the title was changed to Johnny Utah.  Then when Swayze was attached it became Riders on the Storm.  Halfway through filming, Point Break was settled on.  Who’s to say it didn’t go down like it did In My Brain While Sleeping?

Just when I thought March of ’98 couldn’t be far enough behind me, another shitty, catchy, cash grab, ego trip of a song (?) has appeared on the airwaves, like an audio boil on FM’s backside.  The prior culprit: Jimmy Ray’s Are You Jimmy  Ray?  This January’s cold sore with a backbeat: Eminem’s My Name Is.  See which one is more cloying and annoying:

Did we really need another self-referencing pop tune?  Is this Eminem guy spoofing Jimmy Ray or ripping him off?  Luckily, the Jimmy Ray hype machine didn’t last long, so here’s to an expedient Eminem melt-in-the-hand send off.

(SIDENOTE: In reality, I still don’t like My Name Is much… Guilty Conscience was the song that changed my mind about Mr. Marshall Mathers.  Conversely, I really liked Fred Durst starting with his Faith remake and then Nookie.  Funny how things work out, eh?)

Initially, I was going to write about this bath salts warning video, but upon finding out about this, I couldn’t resist…

Apparently, many people have taken great joy in usurping this product’s listing on Amazon.  You can check it all out here, but these are some highlights: 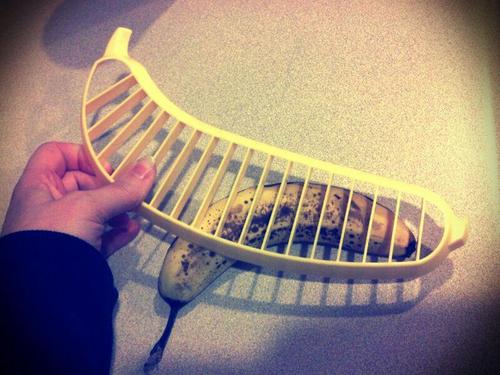 All my bananas curve the wrong way to use the slicer. (CAPTION FROM AMAZON) 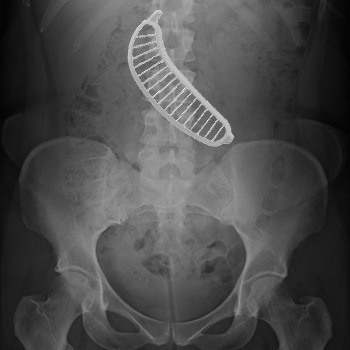 Great product, but don’t get it mixed up with the banana! (CAPTION FROM AMAZON)

Mine didn’t come with instructions, so I’m returning it. Also, call me when they make one that gives you smaller slices. -Pen Name

No more winning for you, Mr. Banana! For decades I have been trying to come up with an ideal way to slice a banana. “Use a knife!” they say. Well…my parole officer won’t allow me to be around knives. “Shoot it with a gun!” Background check…HELLO! I had to resort to carefully attempt to slice those bananas with my bare hands. 99.9% of the time, I would get so frustrated that I just ended up squishing the fruit in my hands and throwing it against the wall in anger. Then, after a fit of banana-induced rage, my parole officer introduced me to this kitchen marvel and my life was changed. No longer consumed by seething anger and animosity towards thick-skinned yellow fruit, I was able to concentrate on my love of theatre and am writing a musical play about two lovers from rival gangs that just try to make it in the world. I think I’ll call it South Side Story. Banana slicer…thanks to you, I see greatness on the horizon. -SW3K

I’m SO glad Hutzler came out with a plastic, dishwasher-safe version with this model (571). Finally! A banana slicer that’s TSA approved for airline travel in your carry-on luggage. With baggage-check fees being so high, I try to avoid checking bags whenever possible, but I just couldn’t travel without my (360-series) stainless steel banana slicer. But now, problem solved!!!! Travel with the plastic 571 version and no checked-baggage fees! No more having to use coffee stirrers from the hotel coffee service to slice my breakfast banana! You can even use it in-flight if you remember to buy a banana from Starbucks before you board. This will be perfect for our trip to Ecuador this summer!!!! Would have gotten 5 stars if it came with a carrying case to keep it clean. -Chryssa Jones

Waiting for 671 to buy. Need one of these *very badly* but anxious that as soon as I buy one… the next model will be out, what with all the new features and such. Don’t know if it is worth the wait, or if I will be disappointed with my 571 when all my friends have the 671? any thoughts? -rrrabbitt “rrrabbitt”

I am not a fan of Depeche Mode, but this family from Columbia sure is.  After watching these, I heard Enjoy the Silence on the radio, and I couldn’t help but smile.

(SIDENOTE: When I was in high school, um, let’s see… 20 years ago… I remember this one girl gave a speech in our Honors English class about how squids are people, too.  I thought, “Squids aren’t people.  They’re squids!”  Apparently, this is what they called goth back in the day at my school, and squids liked Depeche Mode.  Don’t worry, I know what you’re thinking – He took Honors English?!)