The 84th Annual Academy Awards occurred last night, and as the infamous they say:

Oh boy, did the stars come out!

But I noticed one thing that I’m sure ABC the Network wasn’t too happy about… there were a lot of NBC stars there!  Current ones!

Aside from someone obvious, like Alec Baldwin of 30 Rock (he was at the one of the special events… I think the one Oprah won at), you had plenty of Thursday night’s  Comedy Night Done Right:

Although they weren’t nominated for anything, Tina Fey of 30 Rock, Ellie Kemper of The Office, and Maya Rudolph of Up All Night were there as presenters, and:

Oh boy, did they represent! 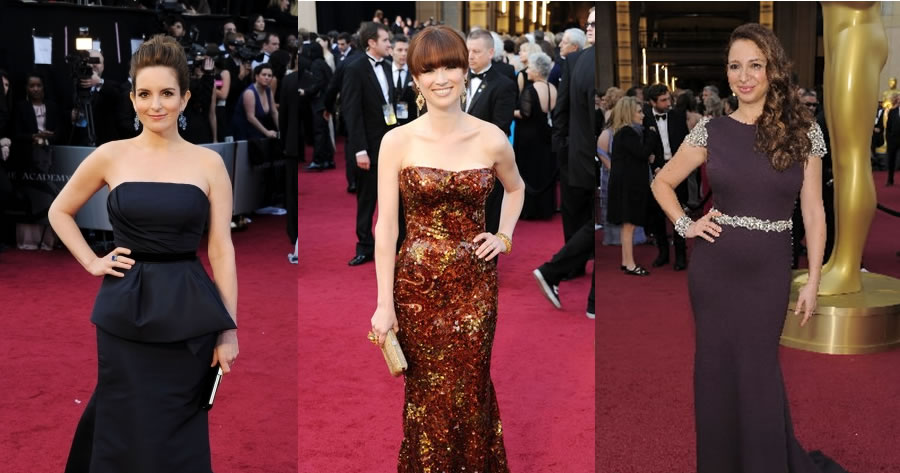 Three funny ladies in three serious dresses. Did they all go to posing school together?

Then when it came to Oscar nominations, you had Kristen Wiig of Saturday Night Live who was up for Best Original Screenplay: 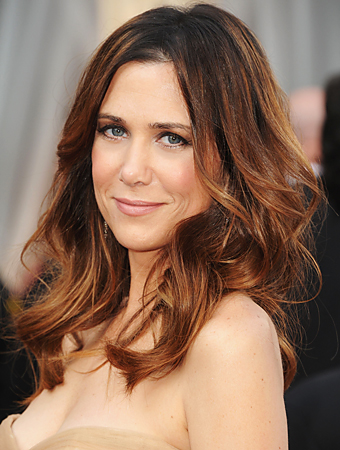 Her "Bridesmaids" script had pooping in sinks! Oscar nod!

And then the big winner was Jim Nash of Community.  He won Best Adapted Screenplay for The Descendants: 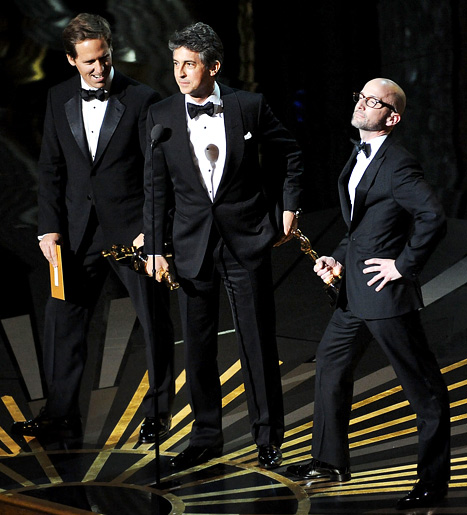 The best part is this is how he usually appears on Community as Dean Pelton: 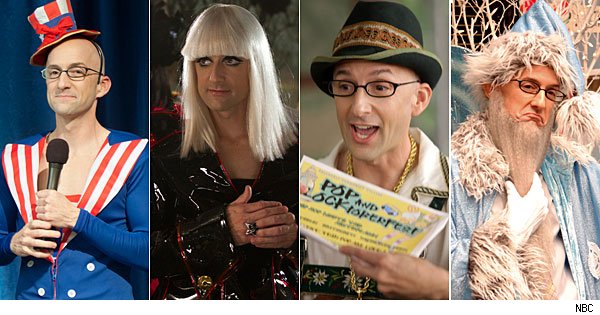 These are just the tip of the Oscar's bald head!

So what does this mean ultimately?  NBC is consistently in last place of the four major networks, but they had the best showing at the Oscars.  That’s a sign of the massive amount of talent found there that audiences aren’t finding!

CBS, which is in first, had only one star present… the Best Supporting Actress-nominated Melissa McCarthy of Mike & Molly: 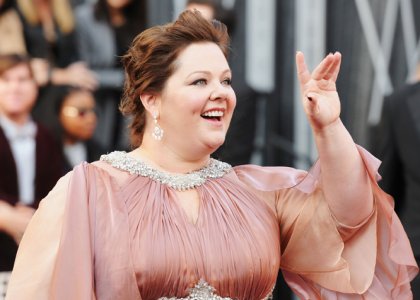 She was hilarious on SNL, but I've never seen her show.

But she was in the movie written by  SNL  star, Wiig!

In closing, here’s what NBC’s owner, Comcast, might be saying:

This is what I’m saying:

Oh boy, Community should be sitting pretty for a while now!