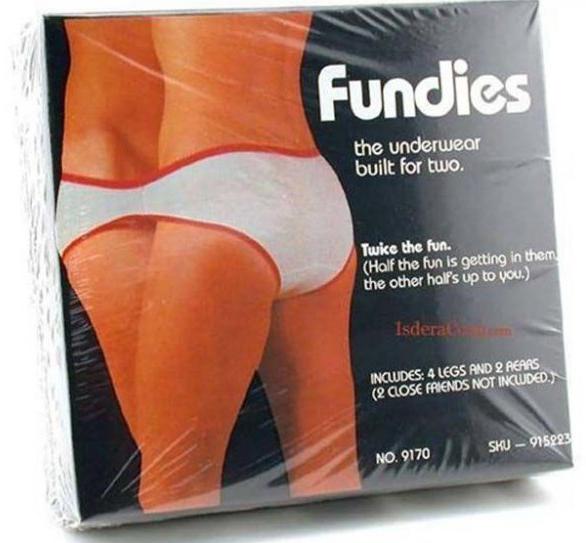 I’ve been putting off writing this Drunken Recollection for a while now because I felt like it would be too much work.  Then I realized I could make this as difficult as I wanted to, and here we go.

While out drinking with some friends upon seeing The Hunger Games (still in theaters), one of my friends exclaimed:

You know, Jennifer Lawrence kind of looks like Olivia Munn.

Okay, so he didn’t quite exclaim it, but because it shocked me, it felt like he did.  For those of you unaware of either of those ladies, here’s a refresher:

Despite the obvious differences of hair and eye color, skin tone, noses, and lips, they both have:

I still don’t exactly see it though.  Perhaps if they’re both in costume:

Katniss Everdeen, meet Slave Leia... I'm sure you'll both have so much to talk about

CONCLUSION #2: My friend is an idiot.

I feel that this one is a no-brainer.  It’s available from ThinkGeek and… 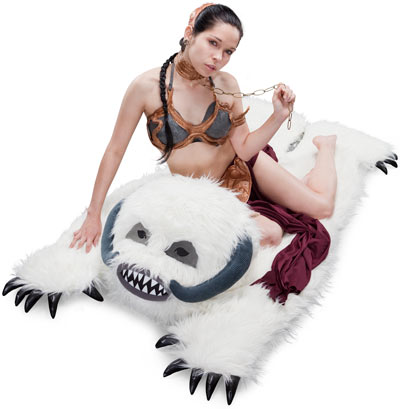 "Tauntauns roasting on an open fire..."

(SIDENOTE, BUT I”M SURE YOU DON’T CARE, BECAUSE YOU’LL NEVER MAKE IT DOWN TO THIS PART DUE TO BEING TOO BUSY CLICKING ON ALL THE ABOVE THUMBNAIL IMAGES: George Lucas didn’t necessarily create the look, but he did want it based upon Frank Frazetta’s paintings.)

Take a step into the barley and hops time machine with, while I recount my early crushes… in poem – I mean, rap:

Trini Alvarado in Altman’s “Rich Kids”/
Young Madison in “Splash” when they were just kids/
Princess Leia ridin’ on Jabba’s dirt skiff/
New Leave It to Beaver’s niece, Kaleena Kiff/
Got a little older with Mathilda May/
F-ed up in the head, crushin’ on Lady Jaye/
Jami Gertz was sure one hot Solarbaby/
Kim Cattrall was a doll from Egypt, baby/
Babysit with that babe, Elisabeth Shue/
Debbie Gibson brought love from outta the blue/
Amanda Peterson learned that love is free/
Brooke Theiss… Jamie Luner… how ’bout just us three/
Amy Dolenz is da bomb outta control/
…Still a little f-ed up for diggin’ Ariel…

(I tried to find pictures of them all, but I decided Google image searching kids might not be a smart idea.)

Update: My sister, Becky, helped me “uncover” one other toy.

Now let it be known, I’m all about nostalgia, and in addition to that, I’m for the sexification/sluttification of said nostalgia.  I mean, isn’t that what Halloween is all about anyway… in a non-nostalgic way?  (Maybe regular candy has evolved into eye candy.)

But here’s the challenge: we’ve all seen the Strawberry Shortcakes, Rainbow Brites, She-Ras, and Jems.  I still have a fondness for Jabba Palace Leia (especially when there’s a bunch of them pillow fighting), and kudos to those ladies that work wonders as a Care Bear (whodathunk Grumpy could look cheery).  What follows are my suggestions… my outside-the-(cardboard)-box starters, if you will.

To begin: how about Herself the Elf?

Sure, she’s not too unlike any other fairies (goth girls, whut-whut!), but no one is going around proclaiming, “I’m Herself the Elf!”  Another idea (and in this line there are plenty of options) – what about a Charmkin?

The bulk of the costume would be standard fare, but the kicker is the ring on your head with a giant charm necklace going through it.  Can you imagine that?  How about Blinkins?

I wanna say something about curtains and carpets...

No pants and a light up bottom?  If that’s a no-go, then let’s go with the girl’s version of Transformers (or maybe more-so GoBots) – Sweet Secrets.

The secret is these toys suck.

You could even go as far as these guys and make your shell open up so you can hide inside.  Another great venture would be the alternative to the two-man horse… the two woman My Little Pony.  (Argue over whom gets which end!)

My last idea is by far not the least.  My final challenge (and if anyone pulls this off send me pics) – Alf’s Melmacian lost love, Rhonda.  I’ll leave the details to you. 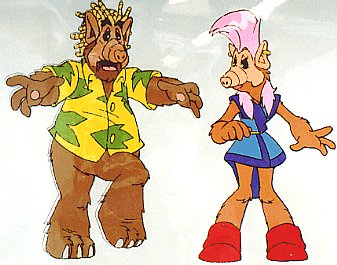 Rhonda is the alien on the right