The film American Pie introduced the world to a couple of notable items:

That film came out eons ago, so I’m left to wonder… why does this commercial trouble me so?  (The ending kind of freaks me out.)

Now I know it’s not as horrible as a dick hole in a pie, and maybe I’m being unenlightened by thinking this, but why do things keep breaking in that video?  Is her stomach knocking up over shit?  Is she crazy?  Isn’t that dangerous to have an expectant mother in heels walking around smashed glass?

Okay, I hate to have to subject y’all to another Happy Find so fast, but this is truly a sooper-dooper-mega-wega-Happy-Wappy-Find, um, -Mind…

That having been said, allow me to introduce to a collection of the most annoying ‘rents in the world on… drum roll please… you can’t?… okay, never mind…

(For those of you uninitiated, and most likely it’s the parents that end up on the site, STFU = Shut The Fuck Up, thus adding it to my list of fucking Happy Finds.)

A Gold Star Winner per the site, and I agree

With that, I bid you adieu!

I never got into either MySpace or Facebook.  The trendiness didn’t appeal to me (and for the record, I was into Twitter before the huge Twitstorm hit… luckily, it’s subsiding).

So it wouldn’t and shouldn’t take a rocket scientist to create a comparably named forum to mock the uncouth denizens of , and it didn’t (as far as I know).

From the entry titled, "That Sucks"

This is a mere sampling of a sampling.  I don’t know whether I dodged a bullet, or I’m missing the gunfight, but for now, I’ll stick to Lamebook (even though it’s one of the rare websites I happily found that doesn’t have the word “fuck” in the title).

There’s just something about that four-letter word that I just love.  It could be the way it rolls off the tongue.  It could be that the sensors in the brain deal with pain merely at the utterance of the word.  I’d like to think that it is the most cyclical word in the world.

Two people fuck and then say “fuck” when they find out there’s a little fucker on the way that they can’t say “fuck” in front of anymore.  (In theory, anyway.)

Is it poetic?  Perhaps not, but as I mentioned already, I love that four-letter word.

Which is probably why I enjoy websites that make use of the word in their URL, like these sites.  And this one.  Don’t forget about this, too.

Imagine my glee at the discovery of Fuck This Website.  It’s purpose is as simple as the expletive.  Stickers are posted over existing signs, photos are taken, and images are posted.  It’s not FUCKet science. 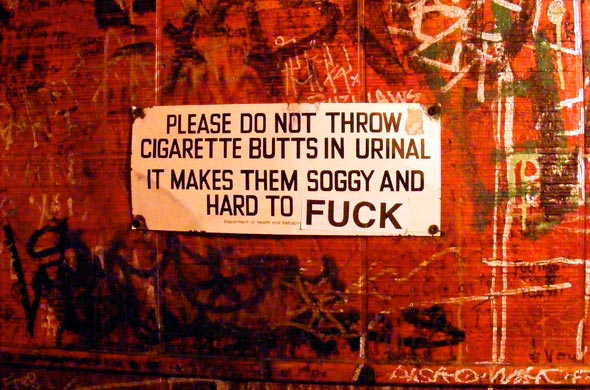 More proof that smoking is bad for you.

It’s funny that I was confusing this band

called Hedley with this band 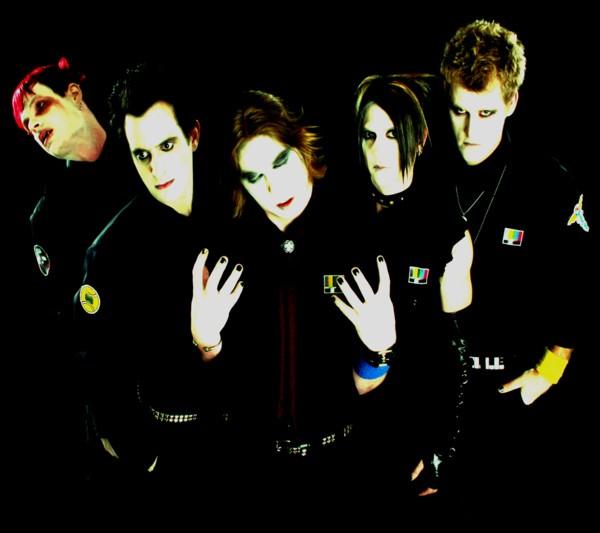 called Deadsy when I heard this song by Hedley (seriously fuck Universal Music Group and their disabled embedding!) and confused it with the stylings of this song by Deadsy:

At least I didn’t confuse either band with this group

or these odd orange guys (if you only watch one video on this page, make it this one):

Your mind will probably already be made up before I finishing claiming the opposite, but I do not intentionally seek out website addresses with the word “fuck” in them.  In fact, they find me.  That’s the way it is with so-called dirty words… they just jump out at you.

I used to work in a medical center filing reports, and believe me, it becomes like A Beautiful Mind when you stumble across any sex term.  The words start growing and floating off the page.  But now I’m off topic, as usual.

Today I present, Why the Fuck Do You Have a Kid?  Sample anyone?

Just a small example of the sad state of affairs hilarity that exists on the site.  Enjoy?  I mean – ENJOY!