I’ll admit it.  I watch Cartoon Network.  That’s where I catch all the latest Clone Wars episodes (not for much longer, though).

It’s also where I catch-up on the latest and greatest toy offerings.  Of all the dumb things I’ve seen, I couldn’t believe that this (post from two years ago) has officially made its way here:

This toy from Britain?

(SIDENOTE: Wow.  That song is not catchy at all.)

I don’t care that this building will be in Singapore, I still want to go to there: 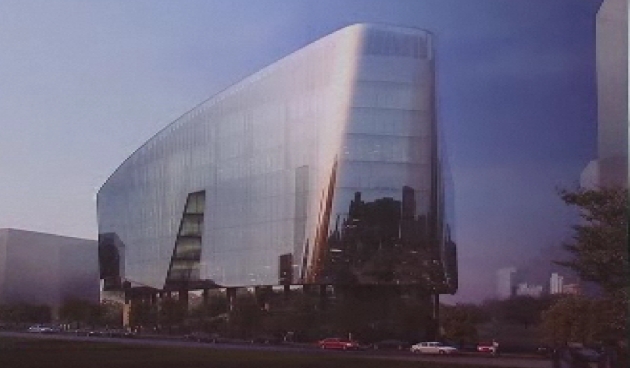 What’s weird is I wouldn’t care about anything Star Wars anymore if The Clone Wars cartoon wasn’t so good… and that’s exactly what will be produced in this state-of-the-art artists’ haven shaped like a Sandcrawler!

I collected the toys when I was a child, and when they returned to the scene in 1995, I was spellbound.  I gobbled up every figure, ship, and accessory I could get my hands on.  I even waited in line at midnight to get the first wave of toys from The Phantom Menace.

That was a mistake.  And the collecting didn’t last much longer.  In fact, I recently sold my collection for $400.  It originally cost me around $3000.

But like all bad habits, one remnant remains.  I still like to look at the new lines.  It’s been fun to see what figures finally got made, and how some (many) get re-made.  Unfortunately, with The Clone Wars animated movie and TV show, I’m realizing how out of the loop I am when I’m not recognizing them anymore.

Some of the later figures I’m aware of, such as Ahsoka Tano, Asajj Ventress, and Jacen and Jaina Solo.

And some of the faces I recognize if not the names.

The following are the ones I don’t (even though a few were in the original six films): 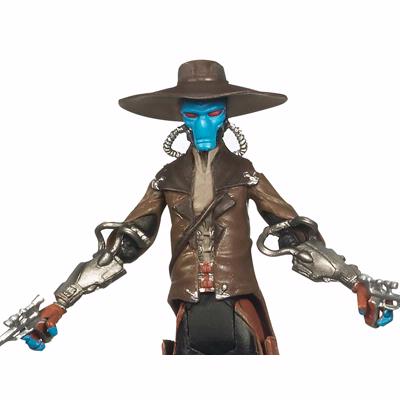 Cad Bane is hired by Darth Sidious to break into the Jedi Temple and steal a holocron containing the secret names of future Jedi. The resourceful and cunning bounty hunter carefully puts his plan in place using schematics of the temple, a techno-service droid and an unscrupulous shapeshifter.

Leesub Sirln is a Qiraash and one of the patrons in the Mos Eisley cantina on Tatooine. She is hiding from Imperial authorities that suspect her of having precognitive powers and have declared her a Force adept. 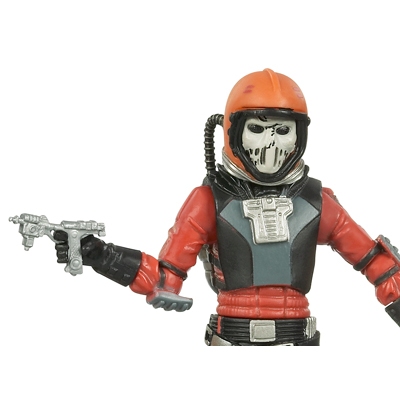 The Republic admiral oversees a large fleet during the Clone Wars, coordinating battle campaigns from the bridge of his flagship, the Resolute. He contacts battle leaders, such as Jedi General Obi-Wan Kenobi, to keep track of ongoing situations. 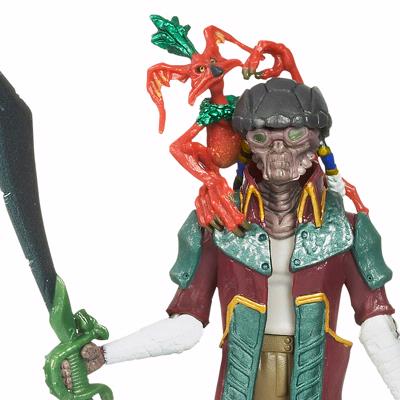 Hondo Ohnaka is the leader of a band of Weequay pirates and is always accompanied by Pilf Mukmuk, his Kowakian monkey lizard. The pirate chief captures Count Dooku and plans to demand a large ransom for the return of the powerful Separatist leader.

Willrow Hood works for the gas mining company on Cloud City. When the Empire seizes control of the city, Hood destroys a computer memory core to prevent the Empire from discovering information about secret transactions with the Rebels. 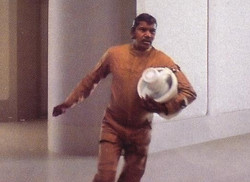 What is he carrying? An ice cream maker! 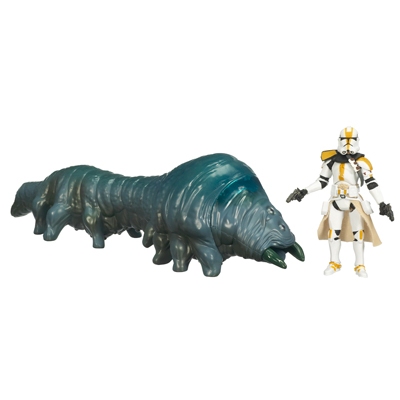 Clone troopers ride gelagrubs to patrol the fungal forests of Felucia. Also known as Felucian ground beetles, gelagrubs are easily domesticated in their larval form to be used as mounts. Republic forces invade Felucia to free it from the control of the Separatists and capture the Commerce Guild’s headquarters located on the planet. 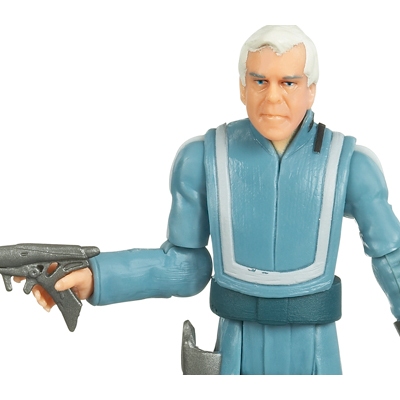 Jeremoch Colton is the pilot of Senator Bail Organa’s ship, the Tantive IV. As Colton is flying the vessel into Coruscant, he receives a message from Chancellor Palpatine’s office, which he plays for Organa and his passengers Yoda and Obi-Wan Kenobi.

Needless to say, the last good Star Wars thing I saw was Genndy Tartakovsky’s take on the Clone Wars cartoon.  I’ve only seen Episode III once, hence the fuzzy memories.  And after all this, what is my lesson learned?

I need to start watching The Clone Wars on the Cartoon Network! 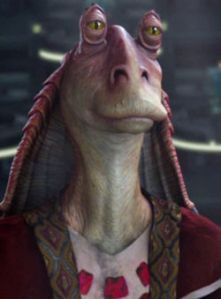 Where's a wampa when you need one?

Jar Jar Binks was the beginning and the end of “Star Wars” for most.  It was the clearest sign that George Lucas had lost his damned mind, and the pandering to kids that began with the Ewoks in “Return of the Jedi” (which was fine when I was a kid), had spiraled out of control.  And it wasn’t just the fans that thought this.

Additionally, Rob Coleman, who was the lead on the Industrial Light & Magic animation team, warned Lucas that there was concern among the team that the character of Jar Jar was coming across poorly for the team and how the character was to be projected. Lucas told him that he especially put Jar Jar in the film to appeal to small children. After that, the issue was dropped.

So after all is said and done – why would I choose to defend Jar Jar?  As he is, I can say nothing.  But of what he could have been – I have to say this.

I believe in George Lucas’ out-of-touch brain, he had grander plans for Jar Jar, besides having him be at fault for giving Palpatine power in Episode II (heaven help me for writing this… all of this.)  I think it was the fan backlash that shrunk Jar Jar’s role.

Even if he didn’t have better intentions for Jar Jar, I believe the series would have benefited from having a permanent sidekick for Anakin.  Jar Jar, the simple creature he was, could have been used to contrast how far into darkness Anakin decended.  Jar Jar could have been his confidant when he Obi-Wan pissed him off.  Jar Jar could have ran interference to distract others when Anakin was hooking up with Amidala.  Then, when the moment arrived where Anakin had chosen his destiny… when he wiped out all those little Jedi kids… how much more powerful would it have been for Anakin’s best bud to walk in and catch him doing such horrible things?  Anakin, realizing how far he has fallen, would then lash out and destroy the mirror of his lost innocence – Jar Jar.

Especially after what Jar Jar would probably have said: “Ani, whatsa yooza doin?”

(If you’re brave enough, there’s a pic of the hotness that is me after jump…)