This originated as a Drunken Recollection, but it was so long ago (or I was so hammered), I don’t recall the events that lead to the discussion.  But the more I’ve thought about it, the more I’ve wanted to map out where other period pieces fell.

So here’s what you get, you lucky bastards:

While it’s fiction, Tolkien did leave a telling clue as to his “historic timetable”. Numenor, also called Atlantis, was destroyed about 3000 years before the events of Lord of the Rings. The reference we have in actual historical records about Atlantis date that city at 10,000 BCE. So, the events of the trilogy would have taken place around 7000 BCE, with the fading of magic and the start of the fourth age around that time. (Keep in mind that the Atlantis story itself comes from a single reference in what amounted to a text about political systems).

Now as for Star Wars, there is some divide, mostly because people are idiots, and they can’t grasp the concept a long time ago and futuristic technology.

It’s not specified in Earth years, just that it happened “A long time ago in a galaxy far, far away.” Most of the dates in Star Wars are relative to pivotal battles. The Battle of Yavin is typically used as the starting point. So everything is either BBY (Before Battle of Yavin) or ABY (After Battle of Yavin).

There are two possibilities. The Star Wars universe might be located in a parallel universe and might be taking place in our time. Or if they are in war in our Milky Way Galaxy, the date is most likely the year 3,000. If current technological advances keep up in the rapid pace they are in we will one day live in a Star Wars-like universe, I guarantee it.

That’s a guarantee to put money on.  What a fucking dipshit.  He contradicted himself in his own answer.  In all actuality, I liked this answer the best:

So that got me thinking… what if the Star Wars films really took place in our universe.  Perhaps during the Clone Wars, some Jedi or Sith Lords happened upon or planet, and taught the ancient Egyptians how to build the pyramids?  That would place them at about 5000 years ago.

And maybe what happened in Roswell was a cover up of a long-awaited return visit.

And maybe, just maybe… that’s where the English language came from.

And finally, here’s that period piece map I promised.  Enjoy! 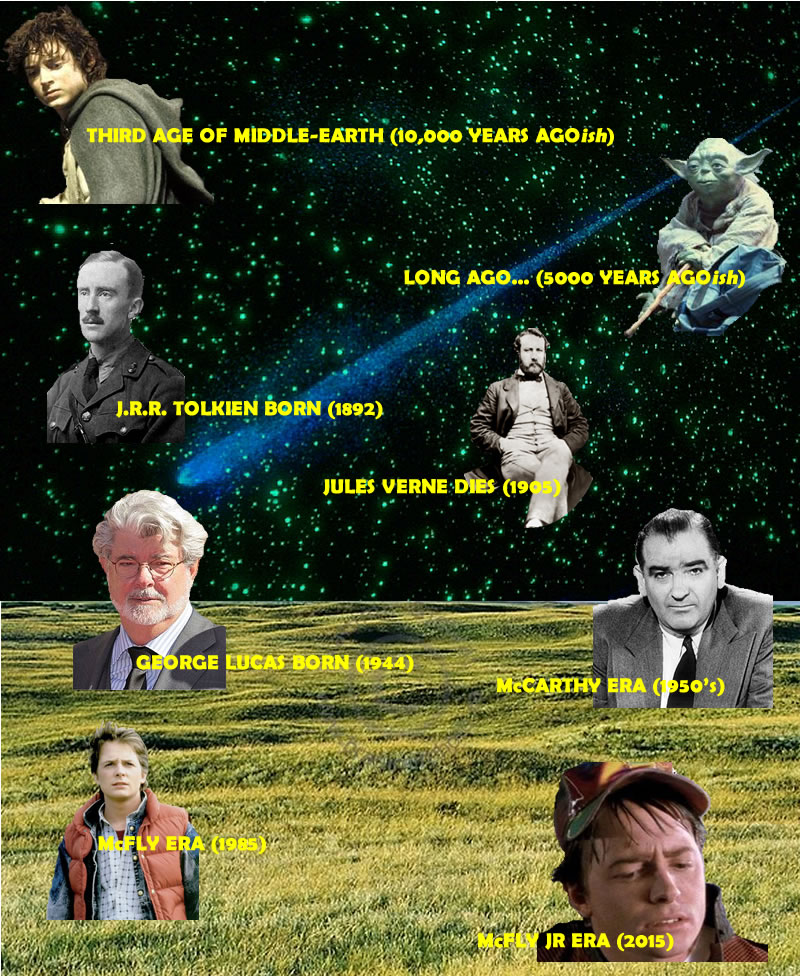